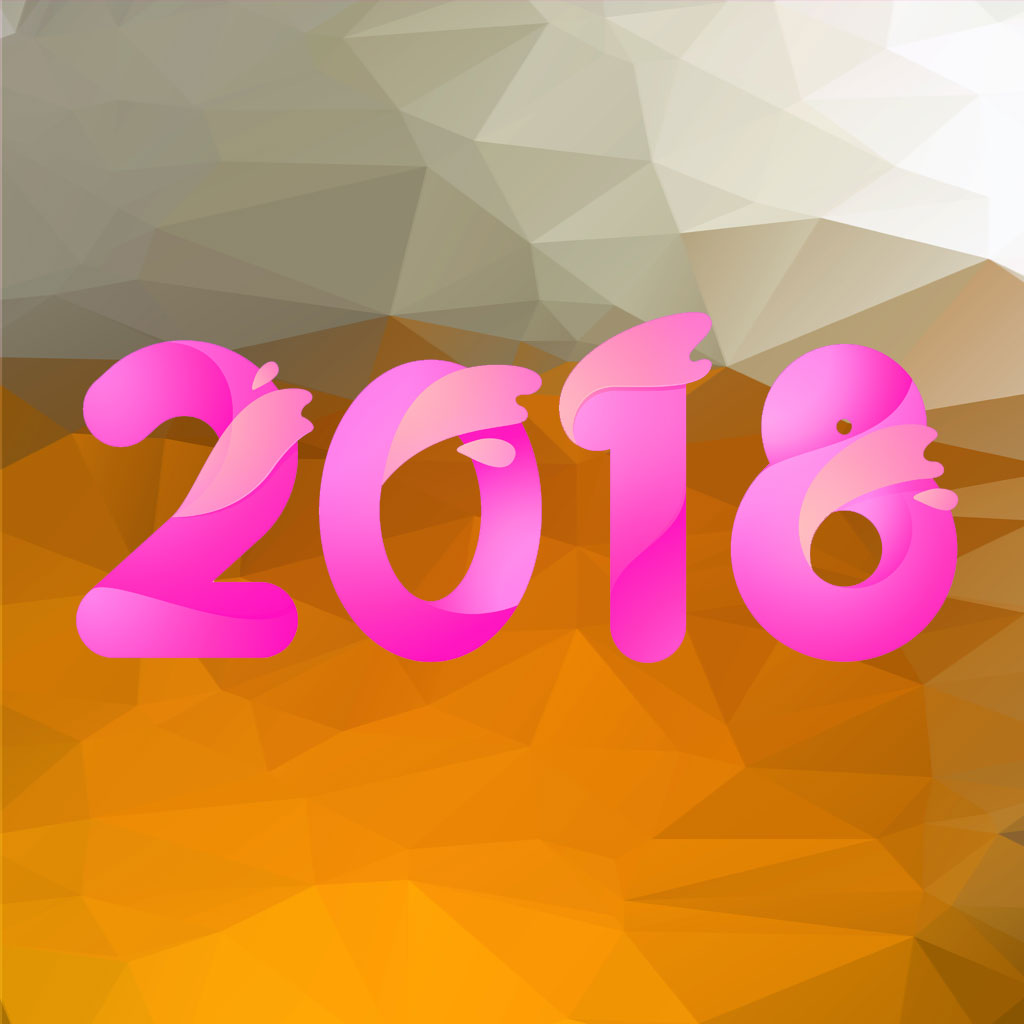 Here we are once again at the coldest, bleakest point of our orbit around the sun, plunging through the mind-grinding vastness of a cosmos so empty and uncaring about our insignificant human foibles that it’s almost enough to drive you to drink…

Talking of which. If your mind turns at this point to the enjoyment of beer in the company of other, like-minded souls, then a beer festival or two really should make their way into your schedule for the year.

These shindigs provide fantastic fun plus unrivalled opportunities for experiment and discovery as you explore some of the newest and brightest jewels the world’s brewers can cook up to distract us with.

Where else can you try so many fresh, interesting, and (hopefully) delicious beers and also get the chance to chat to some of the people who make them?

Seriously, beer festivals are great fun and you really ought to go to some. There are of course far too many to list. To keep things manageable I’ve concentrated on UK ones, and mainly those with a craft beer bent.

This post was written in January. Perhaps unsurprisingly, then, information about participating breweries drops off when you start looking beyond the end of April. Check the links I’ve provided if you need further information.

Ugh. What a dreary month. And as if it wasn’t bad enough on its own, there’s the Dry January crowd spreading their message of smugness-through-self-denial. My advice is just to smile and nod and remember that most people won’t make it beyond day five.

Thankfully the beer world has Tryanuary to keep us sane. This is a nationwide campaign to encourage support for the beer industry throughout January. I’ve been acting as the Tryanuary Local Champion for South London this year, and it’s been a lot of fun.

I’ve particularly enjoyed curating a series of posts about people’s first beer experiences, in order to generate some discussion around trying new things. Check out contributions from Matthew Curtis, Natalya Watson, Lotte Peplow, Adrian Tierney-Jones (Beer Writer of the Year 2017, no less) and Daisy Turnell, among others.

Other good things coming from Manchester this month include the Manchester Beer & Cider Festival which runs from 25 to 27 January. Choose, if you can, from the vast selection of British beers and international beers on cask and keg, pouring craft and trad alike. There will be over 650 beers from around the world plus 103 ciders and perrys, with gluten-free, vegan/veggie and non-alcoholic beers also available.

Local breweries Marble, Runaway, and Salopian will be joined by many others, including Moor, Evil Twin, Tiny Rebel, Wiper and True (repping a collab with Swedish brewery Dugges), Crooked Stave Artisanal, and Wylam. On the trad side, look out for Fuller’s, Harvey’s, and Timothy Taylor among others.

There is ticketed entry to talks and tastings plus a panel discussion on sexism in the beer industry. (Organisers have also excluded beers with sexist names or discriminatory images from the festival.)

Ah, February… Those first batches of beer brewed in the new year are probably just about ready by now and… BOOM! Craft Beer Rising drops. Coincidence? You think?

This bills itself as the UK’s biggest craft beer festival. I don’t know whether that’s true any more – at least if you go by the number of beers available – but quantity isn’t everything. Since its inception Craft Beer Rising has built a solid reputation as the launchpad for exciting new brews and innovations in the brewing industry.

The Brewers Association will be showcasing a diverse and innovative range of super high-quality American craft beers rarely seen in the UK. I’ll be working a couple of shifts on the stand, so drop by and say hello!

Things quieten down a bit in March, but there’s still Hop City to look forward to. Northern Monk hosts this festival in Leeds on 29-31 March. There will be 25 breweries attending, including Verdant, DEYA, Brew By Numbers, Cloudwater, and Left Handed Giant.

Do brewers hate April, or is it just us they’ve had enough of?

There are the usual local CAMRA events, including the Newcastle Beer & Cider Festival and the Paisley Beer Festival. The latter runs over 19-22 April with over 70 breweries including Burning Sky, Drygate, and Harviestoun. But other than that… meh. It’s a washout.

Thank goodness things are starting to look up again.

On 2-6 May the Women On Tap Beer Festival returns for its second year. It may be small, but it’s worth supporting! Plans for this year include a a programme of events, art and music spread across multiple venues in Harrogate, plus a beer brewed especially for the festival with Katie Marriott, brewer at Nomadic Brewery.

Coffee beers in a range of unexpected styles, extraction methods, and blending techniques that showcase the innovative flavours, aromatics, and textures in the finished beer.

Fynefest, which runs from 1-3 June, was chosen as Scotland’s Beer Destination of the Year in 2017. It’s described as “a weekend of escapism, accompanied by the best beer, food and music from Scotland and beyond”. The breweries list features the usual craft beer crowd, as well as Beavertown, Brewdog, Fierce Beer, Vibrant Forest, and Track.

The London Brewers Alliance Beer Festival is a new kid on the block, and it looks like a great fresh addition to the scene. It will be held at Fullers on 23 June, with over 40 London brewers representing.

There's a new beer festival coming to town. Join @LondonBrewers for #LBABeerFest on June 23rd. This will be a fantastic event showcasing beer from over 40 of London's BEST breweries! Get your all-inclusive ticket at an early bird price (save £10) now: https://t.co/hXMeckD8lt pic.twitter.com/Fq3apVimFn

The Liverpool Craft Beer Expo runs over 26-29 July. There will be over 300 beers from breweries including Wylam, Track, de la Senne, Lervig, Box Social and many more. Sounds good to me!

Time to head to the midlands for the Craft Drink Festival, Birmingham, which runs over 28-29 July and the NEC.It promises “an immersive experience of flavour, fun, entertainment and education”. Beer details are here.

Still in Brum, the Birmingham Beer Week returns for its second year, running from 20 to 29 July. The organisers say “we believe that Birmingham is ready to expand its beer presence in the UK and that this is the perfect time for Birmingham Beer Week to help celebrate what is a rapidly growing market in this city and the surrounding Midlands.” Sounds great, although I can’t see a list of breweries taking part on the website yet.

I’ll quickly mention Hagstravaganza, on 28 July. This is run by White Hag over in Ireland. “We are focusing on bringing sixteen breweries from ten countries leading the way in craft beer, pouring three beers each. We will also have a select crew of the best Irish Breweries pouring a unique beer each. Aside from breweries who we’ve done collaborations with, ALL of the breweries are new to HAGSTRAVAGANZA, and ALL of the beers have never been poured here before.”

This is where the calendar starts filling up with a run of top-quality events.

UPDATE: It looks as though there will be no London Beer City in 2018. It’s not clear whether this means the event is permanently over, but from the tweet below that certainly seems possilbe.

After four wonderful years, London Beer City will not return in August. It is a hugely time-consuming task and I (@will_hawkes) haven’t got the time to do it justice, alas. But @LCBFestival will be back and, I’m assured, bigger and better than ever. See you there! pic.twitter.com/BnkVJ9Xjyu

The London Craft Beer Festival will be on 3-5 August. It has moved from Hoxton to Tobacco Dock. There will be some great brewers in attendance, in particular I’d recommend seeking out Beerbliotek, Verdant and Garage Beer Co.

The Great British Beer Festival, on 7-11 August at Olympia, is the one most people will have heard of. The beer page is still looking a bit sparse, but check back for updates as the date approaches.

If you’d rather avoid London in the summer heat, there’s Peakender hosted by Thornbridge, on 17-19 August. Beer details are up now and include names like Beavertown, Tiny Rebel, Couldwater, Siren, Moor, and North Brewing Co among others.

Or why not head down the Brighton? The Brighton and Hove Beer Week runs from 24 August to 2 September. There’s not a great deal of information available yet but keep checking back and I’m sure more will be added soon. This event in particular feels so right that I can’t believe it isn’t already a well-established thing that’s been running for years. But at least it’s in the calerndar now.

After taking the UK beer scene by storm in 2017, the Beavertown Extravaganza returns for its second year on 7-8 September. 80 top breweries from across the globe will take part. Beers will be flown in to ensure freshness. There will be 80 bars, each with two taps rotating through beers throughout the session. There will also be a series of talks with Good Beer Hunting, if that’s your thing.

This overlaps slightly with the Leeds International Beer Festival, which runs from 6-9 September. Expect beers from 8 Wired, de Molen, Founders, Yeastie Boys and others.

Another of the big players, Indy Man Beer Con runs over 4-7 October. IMBC brings together the most progressive, forward thinking breweries from across the UK, Europe and USA for a multisensory, headlong, hop-forward beer extravaganza.

Head to Newcastle for Craft Beer Calling on 18-20 October. This is hosted by Wylam, and will feature beers from Beavertown, Verdant, Cloudwater, Siren, Northern Monk, Magic Rock, with more to be announced.

Things quieten down again in November, almost as though you can sense the collective hangover settling in. Or perhaps a vaguely guilty feeling that with Christmas already on the horizon it really is time to settle down to some proper work.

Brewers in particular are in a mad rush from now on to get beer ready and out of the door in time for our wintry end-of-year bacchanals.

You might see some action from the London Brewers’ Market, organised and managed by The Five Points Brewing Company, who urge you to “taste your way through the incredible brews and lively independent brewing scene in London”.

Ain’t nobody got time for anything in December, apparently. But if you know differently please pass it on!

Which events will you attend this year?

Did you go to any of these events last year? Or perhaps you’re planning to go to some of these year’s lot already? Maybe there’s something I’ve missed that ought to be on the list. Whatever it is, tell me about it in the comments below.

Guess everyone has a soft spot for their local festival, but always thought Reading Beer Festie could do with a little bit more love =)

Worth looking at the Nottingham beer and cider festival in October. It’s Camra but always feels slightly more progressive than most Camra festivals. This year it’s Wednesday 18th – Saturday 20th.

They tend to have upwards of 1000 beers on, though of course not all at once. That said they do normally have at least 600-700 on at any one time.

Beers run the spectrum from bland to really exciting, a bit like the Manchester one you’ve flagged up the page.

It clashed with Indyman at one point but thankfully doesn’t anymore.

and plenty more in the county:
http://beerciderwinefestival.com/?page_id=2779

In April there’s the Song and Ale weekend in Banbury, from Friday 13th to Sunday 15th. A weekend of singing traditional, comic and contemporary songs, and the occasional story or poem. Special guest appearances and music sessions in the downstairs bar. Accompanied by fine ales from Marstons and Gun Dog Ales breweries, bottled beers from the USA, Belgium, Germany and France, and with food from the Wild View caterers. All set at the wonderful venue which is Banbury Cricket Club. Outdoor camping available (no electric hook-up), and plenty of B&B accommodation in Banbury. More info at http://www.banburyshire.net/bsaa.html