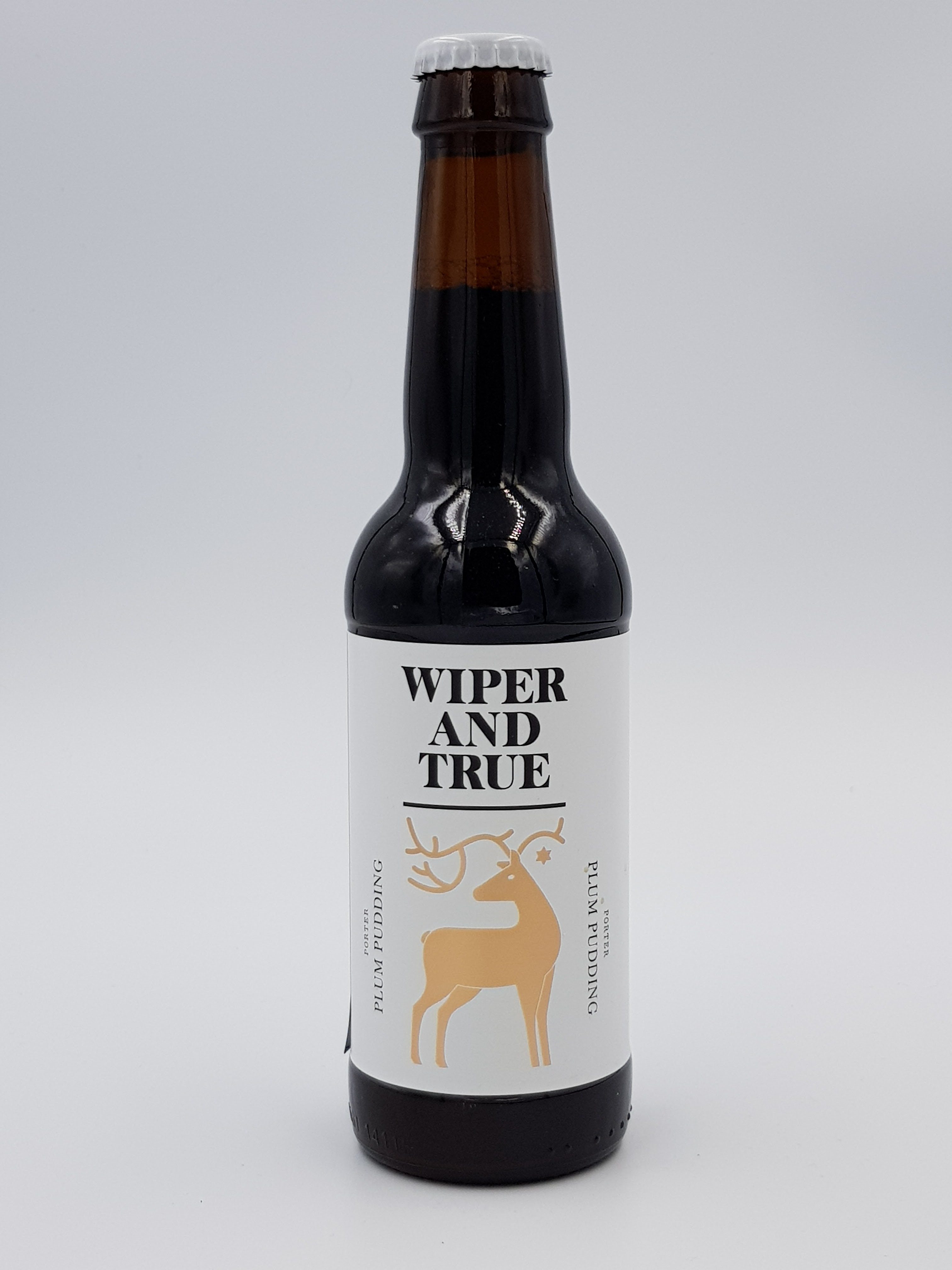 Here is cheat sheet for this week’s beer, Plum Pudding Porter from Wiper and True in Bristol.

I recommend you serve this beer around 10°C, just at the cooler end of cellar temperature. If your beer is stored somewhere warm this means about an hour in the fridge in real money. If it’s cold already, maybe only 30 to 40 minutes. As ever, be wary of over-chilling your beer. More chill means less flavour. If you want to learn more read my post on recommended serving temperatures.

It may be dark but it’s not a stout. Even though the dividing line between the styles is fuzzy at best, there are still some differences that should be apparent. The first is a lightness of body that, if you’re expecting a big stout, might be perceived as thin.

“Onto the deep, dark malt base, we’ve added dried fruit, cinnamon and lemon zest, resulting in caramelised sugar and dark fruit flavours, with and a toasted finish.”

Dark, coffee, toast and caramel notes are good. If it edges over into roasted barley, or acrid charcoal type phenolic notes, then it might be straying too far over that stout/porter border. We’re hoping for a dark beer with a light touch and complex deep fruity notes with perhaps chocolate and spice.

Porter is good with chocolate, and if there’s hazelnut in there too so much the better. You’ll often see porters matched with oysters, although I’m not convinced it will work here with the plums making their contribution. Another way of thinking is to match the roasted, caramelised character of the malt with the same character in food. Grilled or roasted meats and vegetables should find an affinity with this beer. The plums have me leaning towards duck or venison. But is that really what you want during a Thursday night BeerBods session? No, didn’t think so. Try it with relatively robust cheese and a fruity chutney perhaps. Mince pies and stollen should also work well.

Read more on this beer from BeerBods and Wiper and True. Beer writer Matt Curtis put down his thoughts about this beer for Hop Burns & Black.