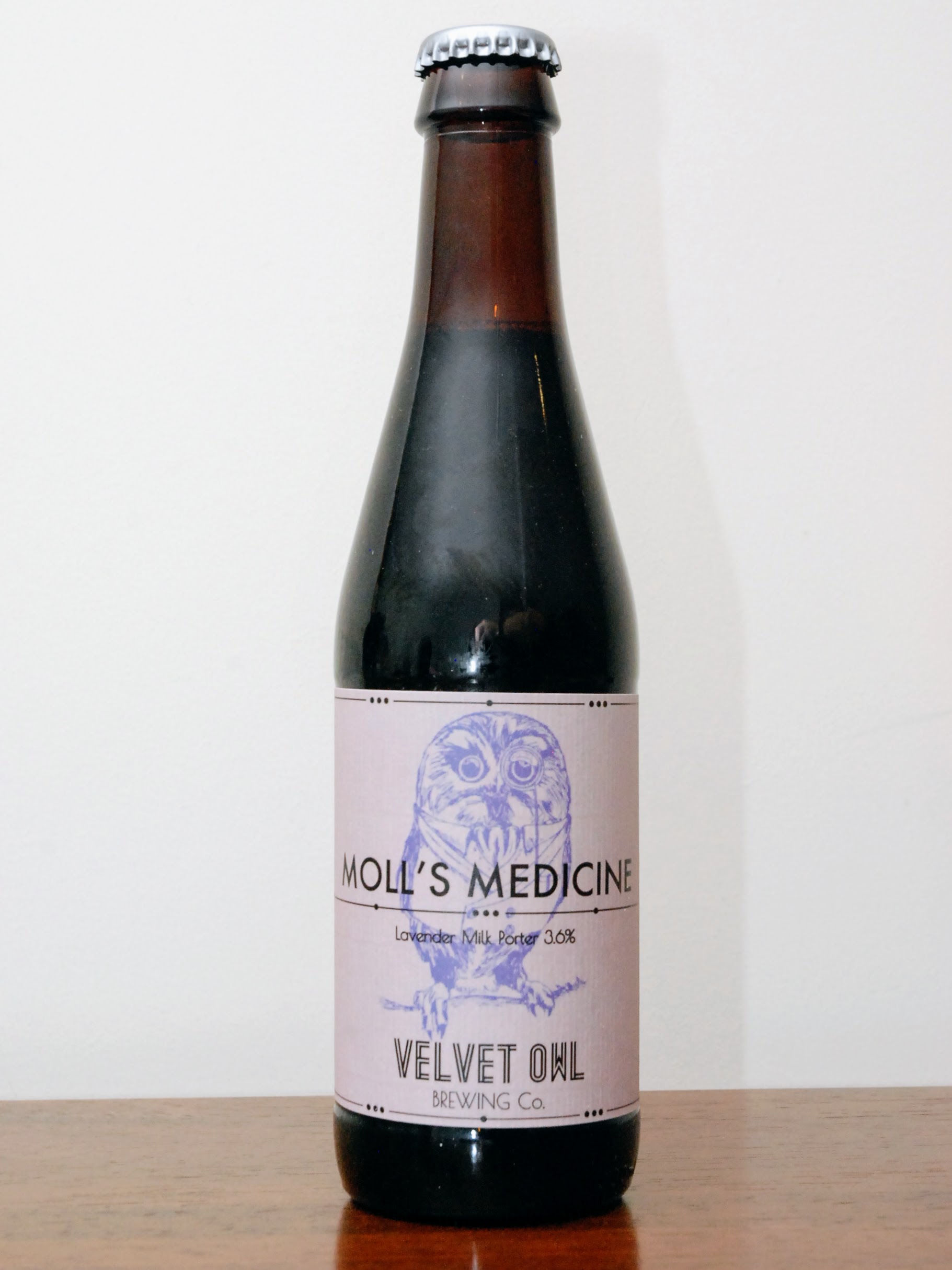 Serve this beer at 10°C to 13°C; about 45 minutes in the fridge, perhaps a little less if your beer is cool to start with. As ever, be wary of over-chilling your beer. More chill means less flavour.

This beer is unfiltered and unfined, like all of Velvet Owl’s beers, so don’t be surprised if it’s hazy. However, as it has lactose (milk sugar) added this one is not suitable for vegans. You can read more on vegan beers here.

It’s a porter, so expect a lighter body than a stout. It may have similarities to a milk stout, but there should no roast barley or strong burnt/black malt or charcoal characters.

“This sweet, chocolatey porter […] has a surprising richness for its session strength, and a smooth, creamy mouthfeel. Bramling Cross and Phoenix hops from the U.K. bring notes of cooking chocolate, blackberries and molasses, and a dash of lavender adds an intriguing twist of wild flowers, giving the beer an almost red wine-like quality.”

This is the only beer I’ve ever seen that contains natural lavender extract.

As if I wasn’t already busy enough with it being nearly Christmas, I’m also spending a lot of time sorting out a beer box for Tryanuary 2018, so I’m afraid it’s just generic, style based food pairings today.

Look to roasted or smoked food, such as barbecue, sausages, roasted meat, or blackened fish. If you want cheese go for one made from cow milk such as Tilsit or Gruyère. For dessert, try chocolate peanut butter cookies or toasted coconut cookie bars.

“An excellent table beer to pair with red or game meat and rich desserts.”

Watch a video on this beer from BeerBods or read about it from Velvet Owl Brewing Co.