We all know the four ingredients in beer are water, malt, hops and yeast. None of those are animal products, so how come some beers are not vegetarian or vegan friendly? 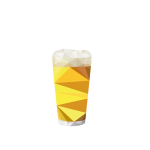 It’s all down to the finings. Some breweries use a substance called isinglass to filter their beer. During fermentation the isinglass, a form of collagen obtained from the dried swim bladders of fish, binds with the yeast and proteins in the beer that would otherwise make it cloudy. These then fall together to the bottom of the beer, leaving it bright and clear. When the beer is packaged the isinglass is left behind in the sediment, so it’s not consumed at all, but the fact that it’s used at all is enough for the beer to be considered unfit for vegans.

So what’s the deal with vegan beers?

It’s quite simple: they don’t use isinglass. There are a number of options open to brewers instead. One is just to wait. Beer will often clear itself naturally if given time. There are alternative finings which are suitable for vegans and vegetarians, such as Protofloc, a sort of moss. There are also finings made from seaweed, although this is mostly confined to bottled beer usage. And perhaps most simple of all is to sell unfined beer, and allow customers to enjoy it in its natural hazy or even cloudy state. As beer drinkers are starting to learn, this can lead to enhanced flavour and texture.

So, if a beer is lablled as vegan it isn’t missing anything. It hasn’t had anything taken out, it just hasn’t had fish-gut gloop added. Your beer won’t taste any worse for being vegan, and it may in fact taste better!

Check out this CAMRA factsheet if you want to read more. There are loads of vegan beers available already and more appearing all the time. Gun Brewery in Sussex produce some excellent examples. 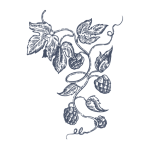