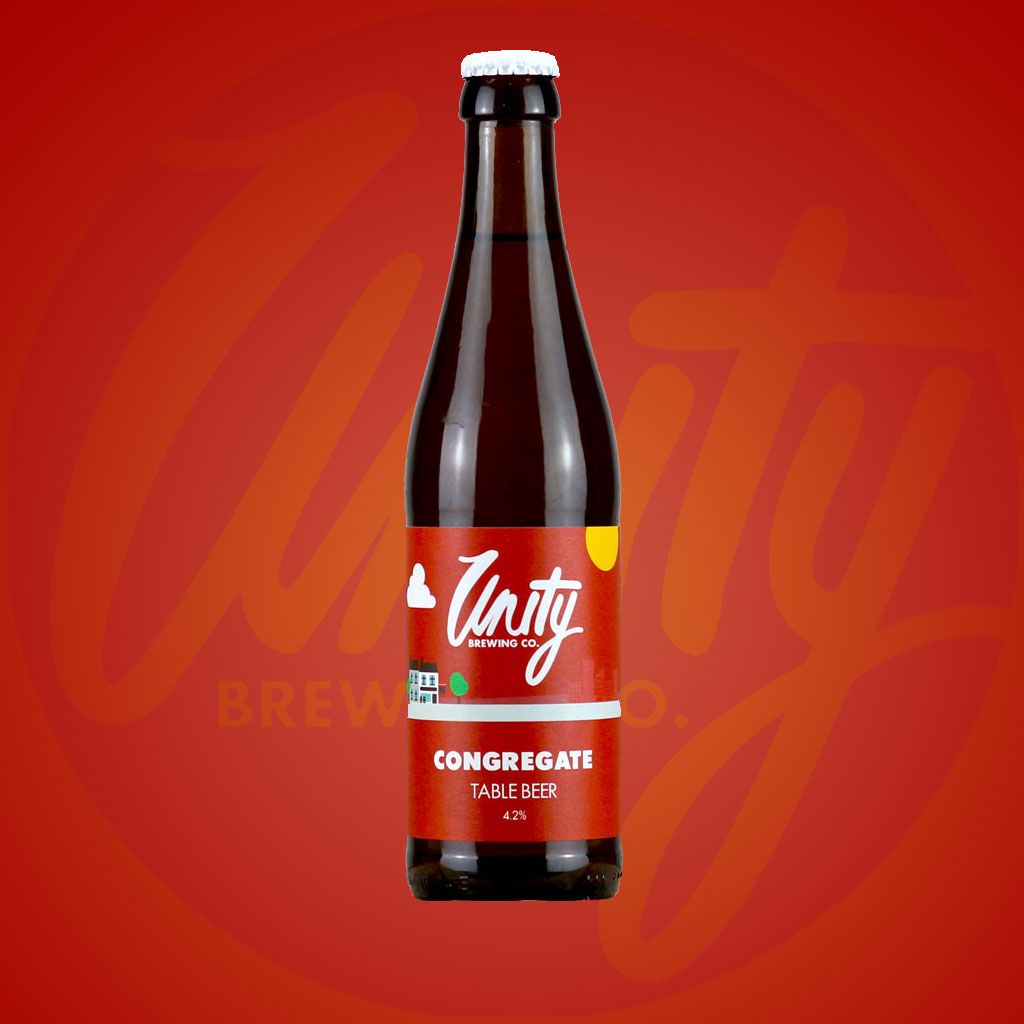 Here’s your cheat sheet for Congregate by Unity Brewing Co. A hoppy little blond ale that’s great with food or just on its own as an easy-drinking crowdpleaser.

I was lucky enough to be invited by BeerBods to provide the write-up on this beer. Do be sure to read it! 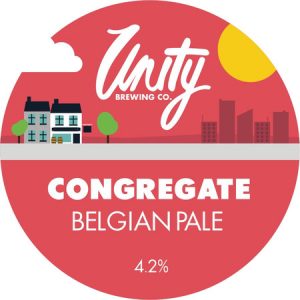 Treat is like the pale it is and serve this beer at 7°C to 10°C; at least an hour in the fridge, maybe up to 90 minutes.

If you’re going to smash it out rather than linger over it, perhaps aim to start around 10°C so you don’t miss that subtle yeast note that really kicks in once the beer’s warmed a little.

It’s a hoppy little blond ale. Light, refreshing, with a gentle citrus note from the hops and a little bit of white pepper phenols from the yeast. While it is a Trappist yeast, don’t go expecting a big Belgian banana-and-cloves character from this one. This is much more a pale ale with a Belgian twist; think Taras Boulba by Brasserie de la Senne, if you know that. In fact, most of its recipe is decidedly lagerlike.

The hops used are predominantly Saaz, although Jimmy has recently started adding some Halltertau Mittelfruh to give some extra complexity.

As you might have spotted from this post’s featured image (the big one up top), this beer was originally designed as a table beer, so food pairing it’s raison d’être. It will go with all sorts, but should work particularly well with white or oily fish, and perhaps also squid. Pair it with some classic fish n chips and you won’t go far wrong.

Read more on this beer from BeerBods and Unity Brewing Co.