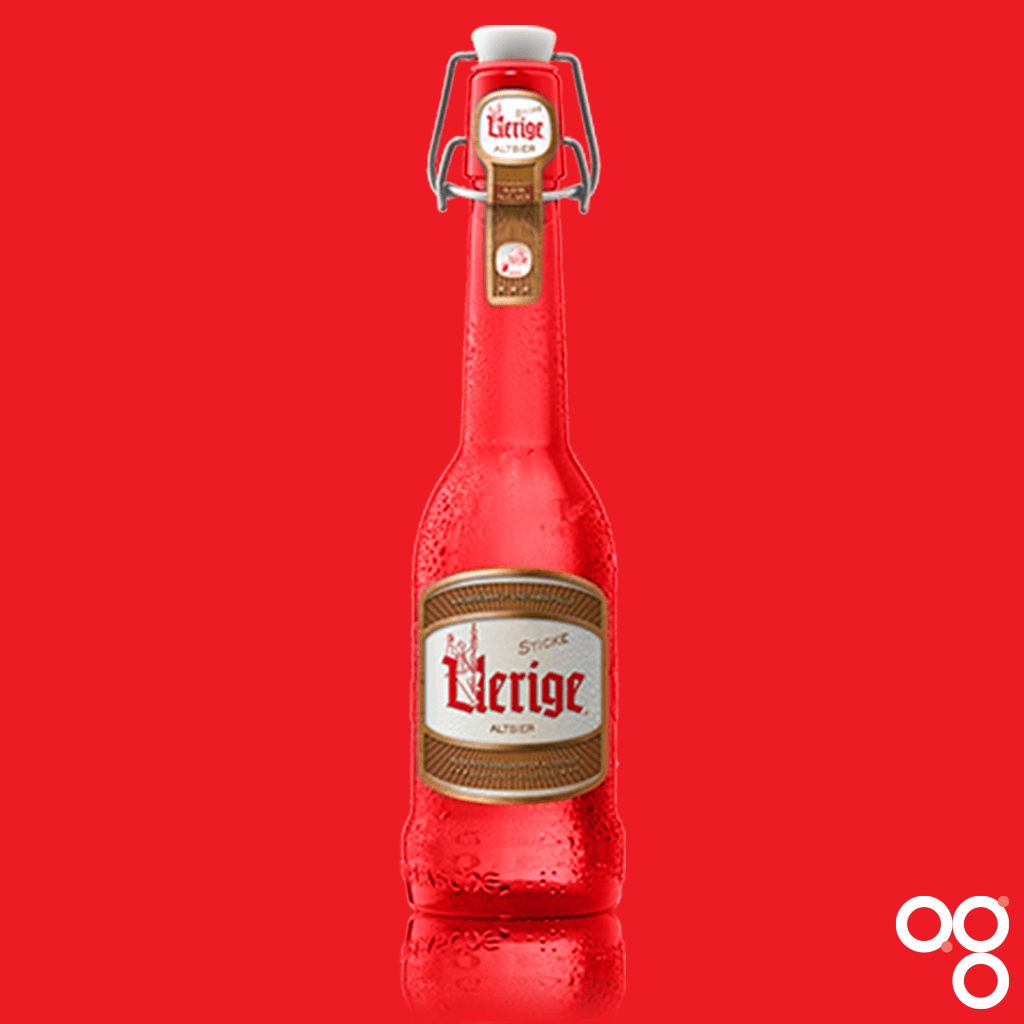 Here’s your cheat sheet for Sticke by Uerige. Apparently the third Tuesday in January and October are the two Sticke days on which you’re supposed to drink this beer. Hmm…

Serve this beer between 8°C and 9°C; stick it in the fridge for A little more than 1 hour.

The unusual name derives from olden days, when the guests would whisper (‘stickum’ being a dialect term for whispering) that the master brewer must have been a little too generous when weighing out the ingredients.

Much like Kölsch, altbiers are a top-fermenting beer, which makes them a bit of an exception in Germany. These beers typically have a clean and complex aroma with nutty and toasty malts coming through, and a little fruitiness over the top – sometimes giving cherry notes. The hops can be herbal, floral, peppery or spicy.  The finish is usually crisp and dry. Sticke is richer and stronger than a normal altbier.

I had the standard version of Uerige Alt recently, and this was my conclusion:

Roast chicken and altbier is where it's at.

Altbier is very diverse when it comes to pairing with food. But thanks to its robust malt flavours, it works well with fairly hearty food. Roast pork or chicken are good, as are most sausage dishes. For fish try grilled or baked salmon, or grilled tuna. The beer’s crisp edge also means it can handle some foods usually left to dry hoppy beers such as pizza or burritos. It will work well with earthy cheeses such as Camembert, Cheshire, or aged Gouda. And with its malty backbone this beer can stand up to desserts such as almond or maple walnut cake, tarte tatin, pear fritters or cashew brittle.