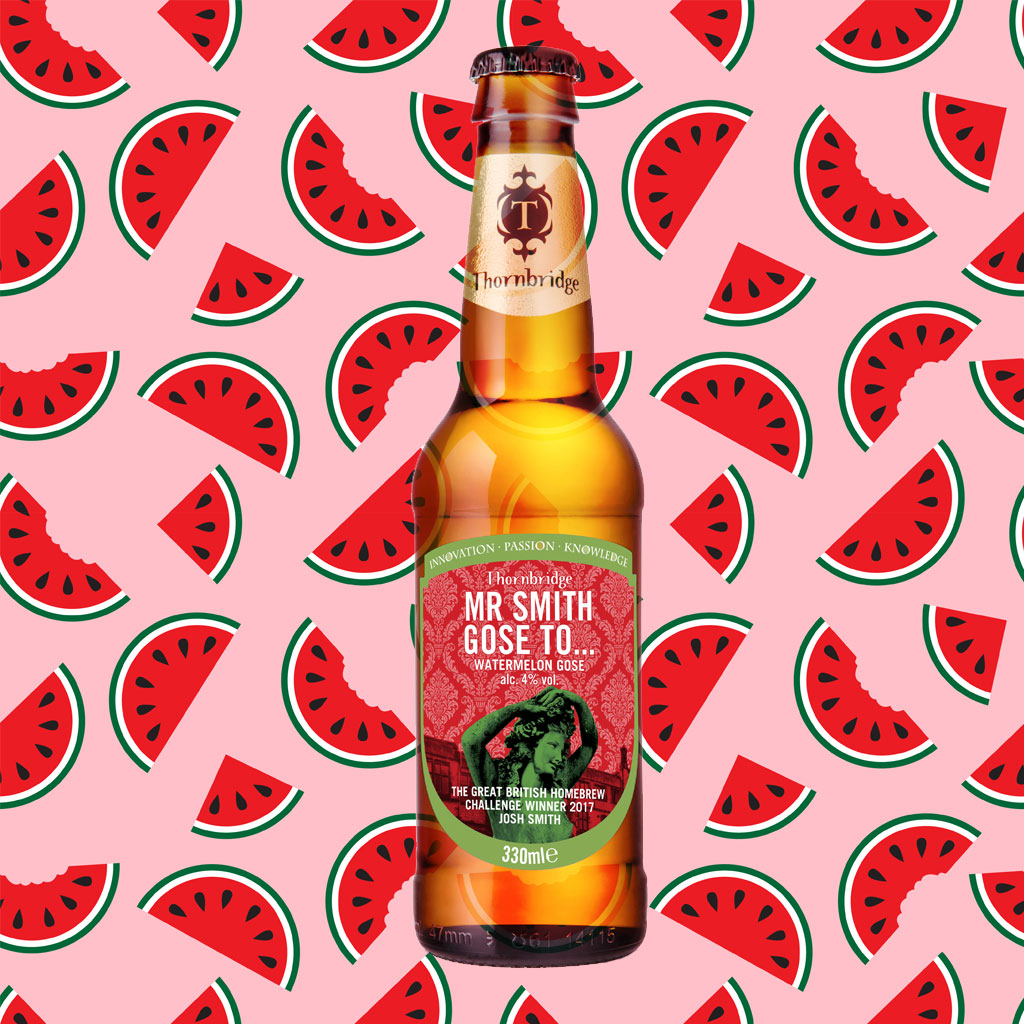 Here’s your cheat sheet for Mr Smith Gose To… by Thornbridge Brewery. This is the fourth winner of the Great British Homebrew Challenge brewed by Josh Smith. It’s even made its way into Waitrose – not bad for a homebrew recipe! So, let’s see what all the fuss is about then.

Serve this beer at 4°C to 7°C; stick it in the fridge by 6pm so it has time to cool right down.

[pullquote cite=”Thornbridge Brewery” type=”right”]”Juicy watermelon flavours combine perfectly with the lemony Gose. Brilliantly refreshing and fruity with a salty sharp twang, this is a fantastic twist on this traditional German style.”[/pullquote]

A gose, for those who don’t know, is a traditional German style of beer made with wheat and flavoured with salt and coriander. Classic examples are light and refreshing, with a tart citrus note from the wheat further soured by lactic fermentation and then balanced out by the salt for a gentle, almost maritime character. Which is a little odd as the style originated in Leipzig, which is nowhere near the coast! 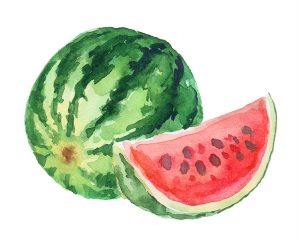 A light beer calls for light food, with fresh flavours. Fried whitebait, with a salad of pickled radishes and cucumber. Light cheese, such as a cream cheese or sharp goat’s cheese – perhaps avoid the funkier earthier ones though. Feta should be good, and green olives too – so perhaps a greek salad would work well. Light chargrilled chicken dishes too – perhaps a chicken caesar salad.

Read more on this beer from BeerBods. There isn’t really anything to point you towards on the brewer’s site this week. So instead here’s some further reading on the history of the style.