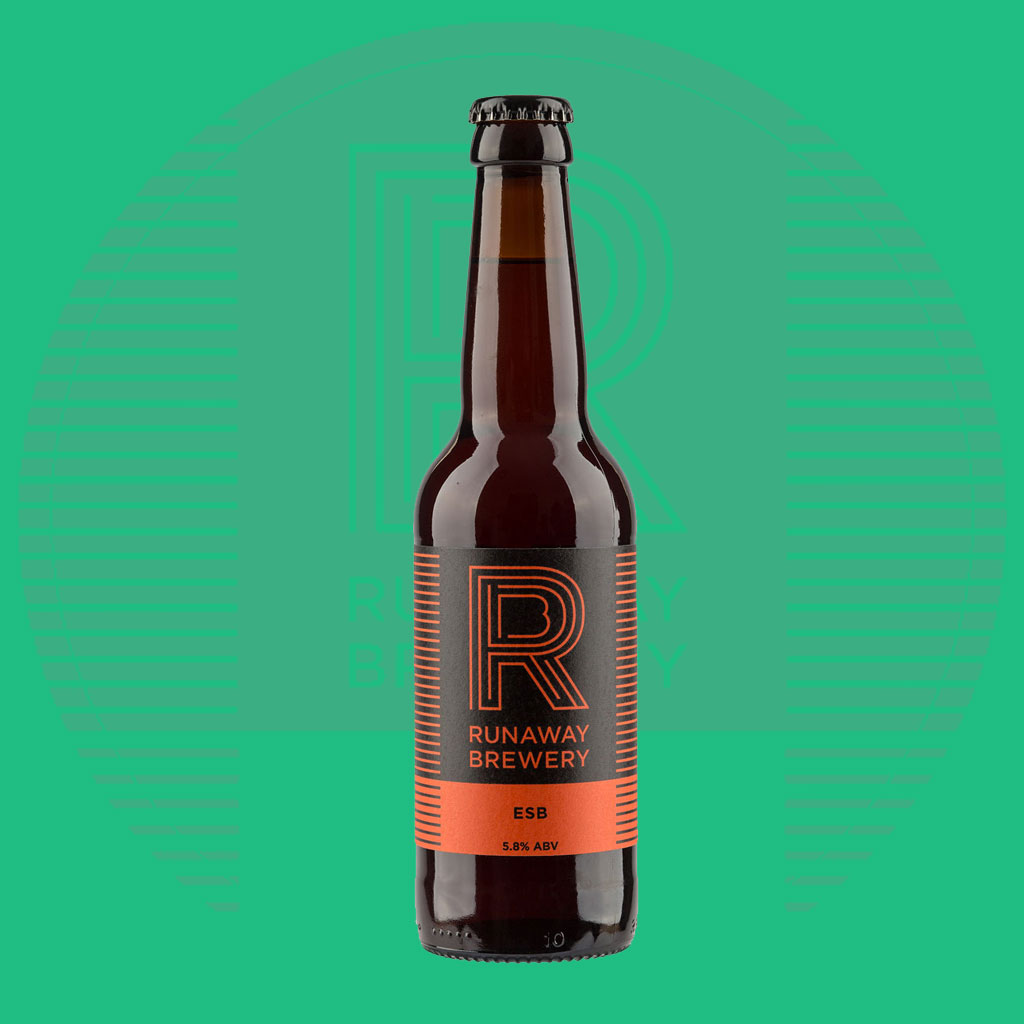 Here’s your cheat sheet for ESB by The Runaway Brewery. We’ve had a few from this brewery now, the most recent being a Tropical Coffee IPA in the BeerBods Plus box back in January. Tonight’s sees us back on more familiar ground. If it wasn’t for the new world hops used in the mix it’d be full on #TradBods.

Serve this beer at 10°C to 13°C; this means about an hour in the fridge in real money, perhaps just a little bit less.

We’re looking at trad with a twist here. An ESB is a great example of the British brewing traditions that put us firmly on the beer map alongside the Germans and Belgians. I feel like we undervalue our own beers sometimes – is this because we know them too well or don’t know them at all? Anyway, think of a rich, malty, fruity, bitter bursting with flavour like a Fullers ESB, and consider that we have some fancy malts and hops in the mix on top of that. I reckon we’re in for a real treat. I’ve seen reviews that mention flavours like toffee, tamarind, aniseed, and pastry. Sounds pretty good to me.

A statty bit about the style. The ABV for ESB ranges from 4.8% – 5.8%, so this one’s at the high end. The attenuation and body are usually very dry to medium, with the colour coming in around 8°-14° SRM – meaning light to dark amber. The IBU range is normally 25-55, or medium to high in humanspeak.

Roast chicken and pork are also common suggestions. And yes, these will be great. The nutty malt backbone will find affinities with the roasted meat and the fruits and hops will sing over the top while the carbonation helps scours the palate clean of any fattiness the meat may bring with it. I’m looking at you, crackling.

They’re not very 9pm-on-a-Thursday though. Welsh rarebit might be a bit easier. Of course if you can bring yourself to use any of tonight’s beer in the cooking then you’ll guarantee a great pairing. But even if you use another brown English beer, the match should be pretty damn good.

Failing that, snatch a handful of dry-roasted peanuts and pretend you’re down the pub.

Read more on this beer from BeerBods and The Runaway Brewery.