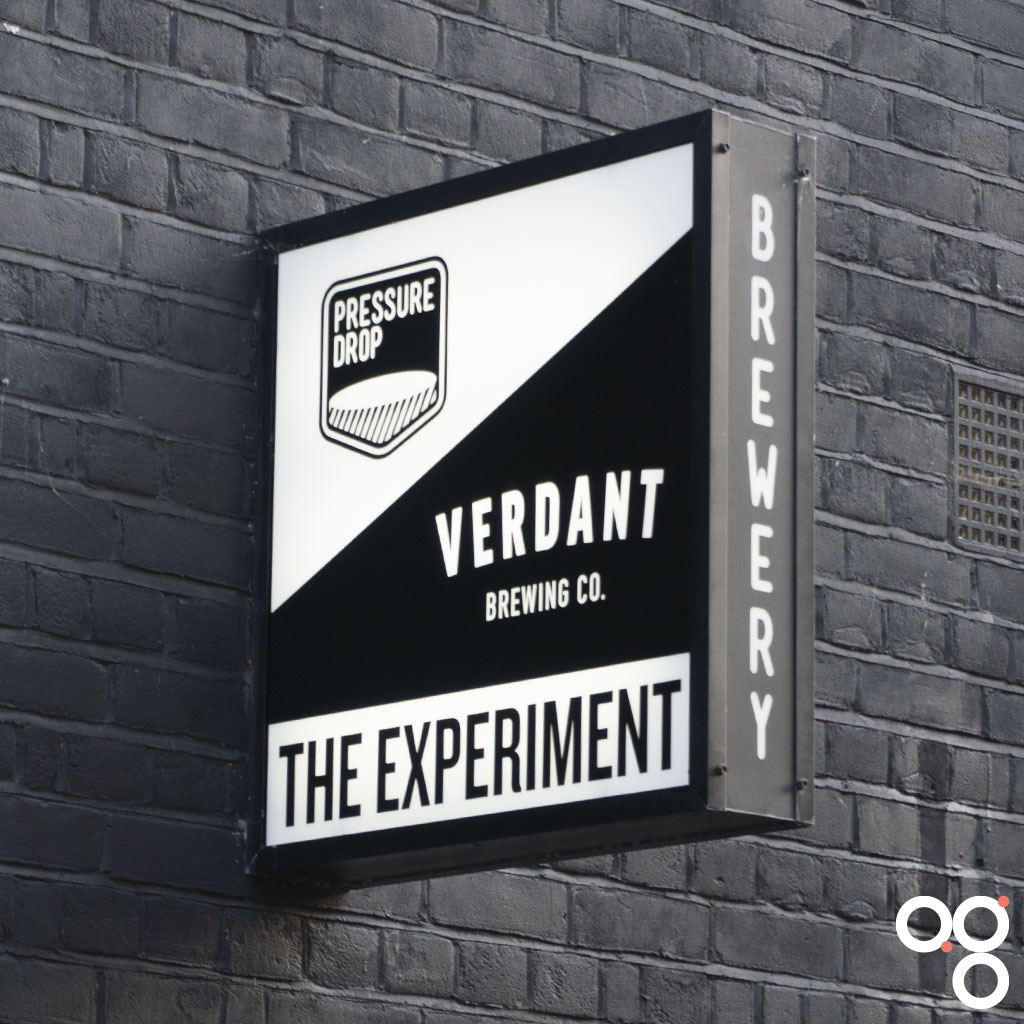 This is not where I’m supposed to be. On a sweltering late afternoon, in the middle of the longest summer heatwave for a generation, I’ve crossed London in entirely the wrong direction to take a punt on a new taproom opening in Hackney. I’m supposed to be meeting friends at Gipsy Hill brewery, but that’s not until later.

The Experiment – a joint venture between Verdant and Pressure Drop – opened at 5pm, and its soft launch seemed worth the extra trip. I could check it out for an hour, perhaps a little longer, and still make it down to Gipsy Hill in time to meet my friends. I hadn’t arranged to meet anyone up in Hackney, but I wanted to check this place out and didn’t mind the prospect of sipping a couple of solo beers. 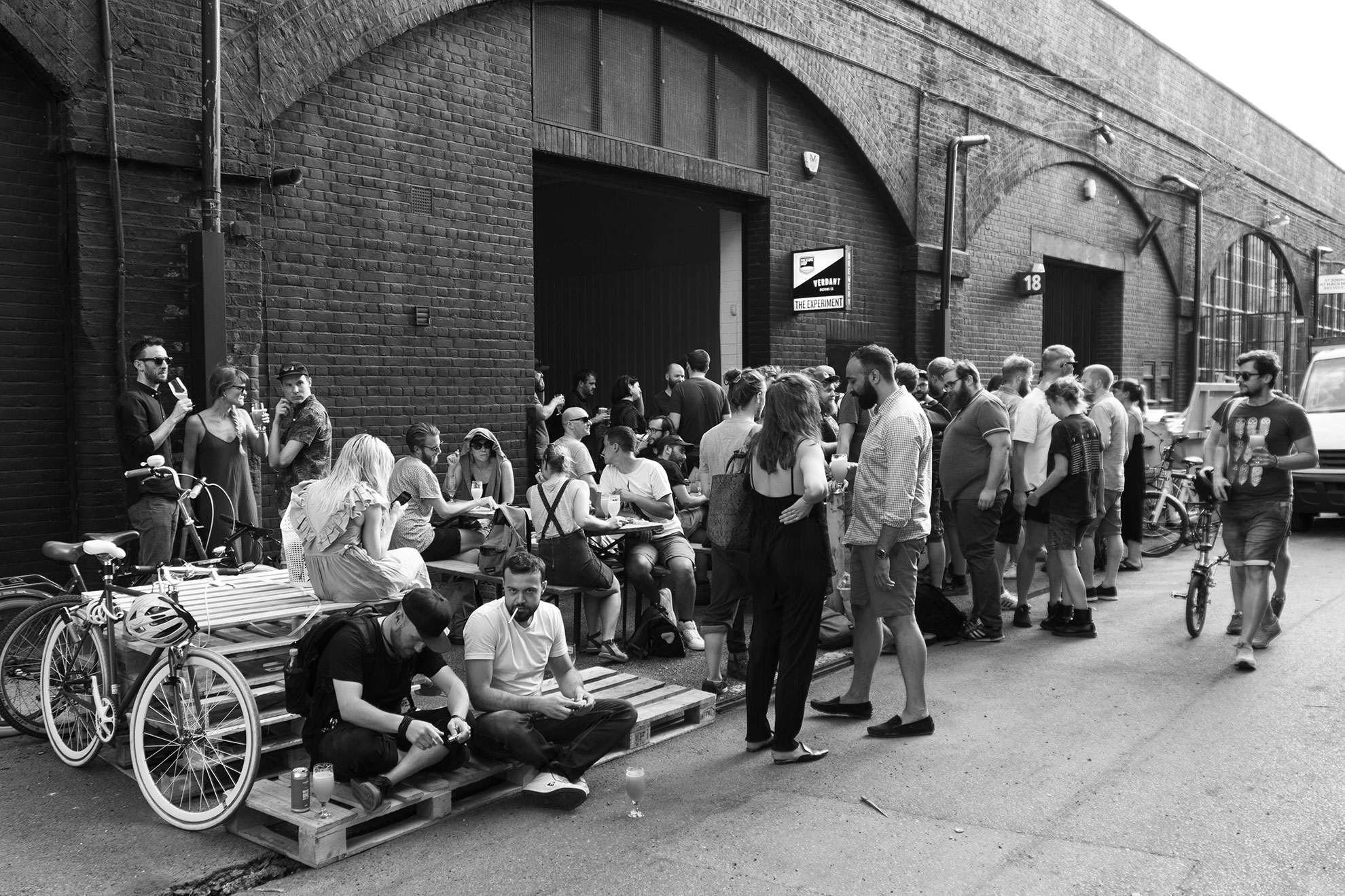 You can hear The Experiment before you see it. The excited hubbub of voices draws you on like a siren song as you pass under the tracks and turn left into what looks like an industrial dead end but opens up into a narrow backstreet lined with railway arches, one of which is marked out by a sign, long tables with narrow benches attached, and of course the crowd of drinkers. If you’re a fan of craft beer in the capital, this location will look familiar.

Inside there is a brew kit ranged along the left hand wall, prettied up with a few pot plants here and there. There are bulbs strung across the ceiling, and more trestle tables taking up the space on either side as you head towards the bar. It manages to feel light and airy despite being in an arch. 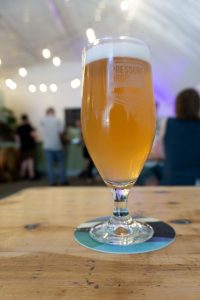 At the bar there are 10 taps plus a wide, three-door fridge. The fives taps on the left are Verdant. The five on the right, Pressure Drop. There are pale ales, sours, table beers – all light and vibrant thirst quenchers for a hot summer’s day. And there are juicy IPAs to linger over that little bit longer.

When I arrived there were spaces at tables and no queue at the bar. Barely 20 minutes later, and the place felt packed. Queues snaking back past the tables. A crescendo of conversation. Familiar faces appearing, brewers and beer writers come to check out the opening too. The Experiment may be hidden away but clearly plenty of people felt inclined to give it a try.

Verdant and Pressure Drop haven’t said how long The Experiment will be open – I expect it depends how well things go. I’m told they have the lease until February, but I suspect much depends on any success during the summer months. Of course, an opening weekend is its own thing. What really counts is how busy it stays one, two, three months on. On this point, early signs are promising. It’s already in the sites of at least one organised beer tour. I hope there are enough drinkers out there willing to give it a chance. I’ll certainly be returning before too long. 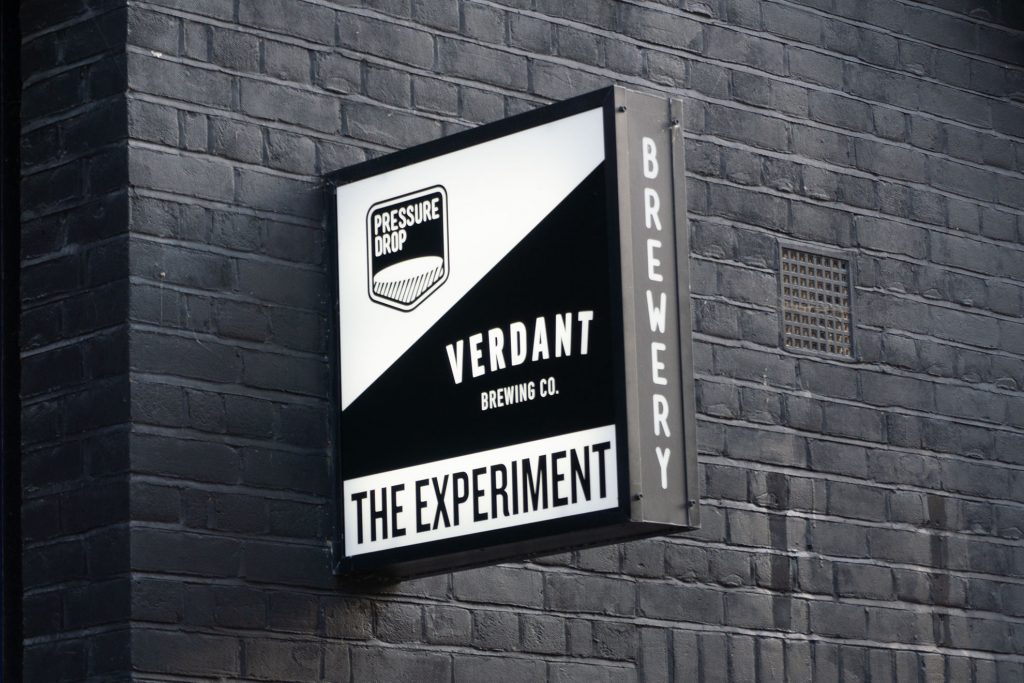