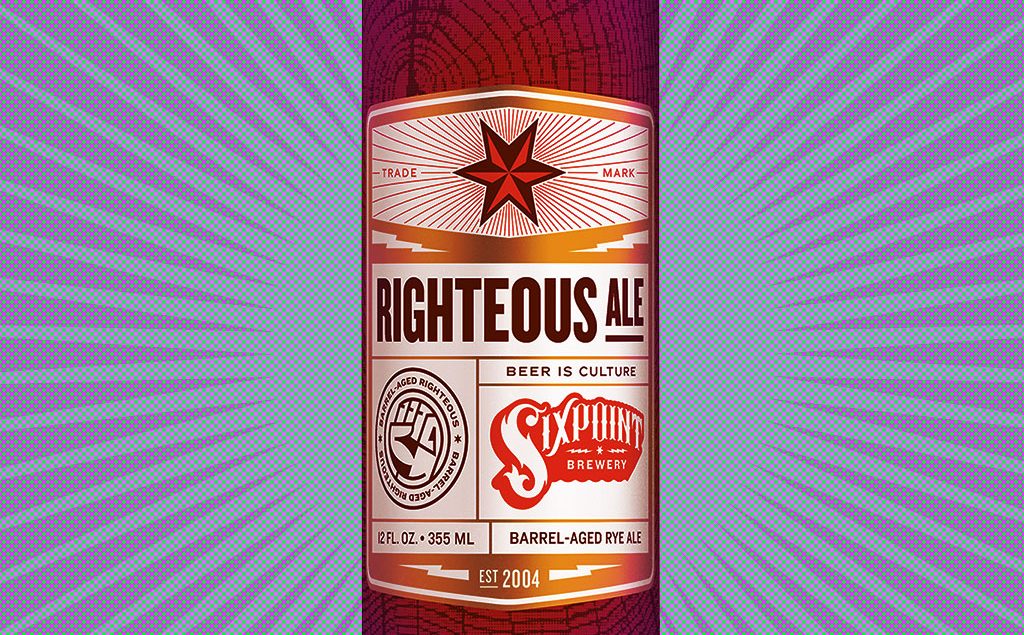 Here’s your cheat sheet for Righteous Ale by Sixpoint Brewery.

This beer has been aged in barrels that once contained bourbon and rye whiskey. And there’s rye in the malts too of course, which should give it a deep red look and a snappy spicy taste. Expect complexity — that’s what brewers want when they stick stuff in barrels — and notes of maple and vanilla.

A beer like this should love bresaola or perhaps some spicy salami. If you want to go sweeter try a pud that involves pecans with rich caramel or toffee and perhaps a creamy vanilla element too.

Read more on this beer from Sixpoint Brewery. You can also check out some of the previous cheat sheets if you want to catch up on a beer from past weeks.