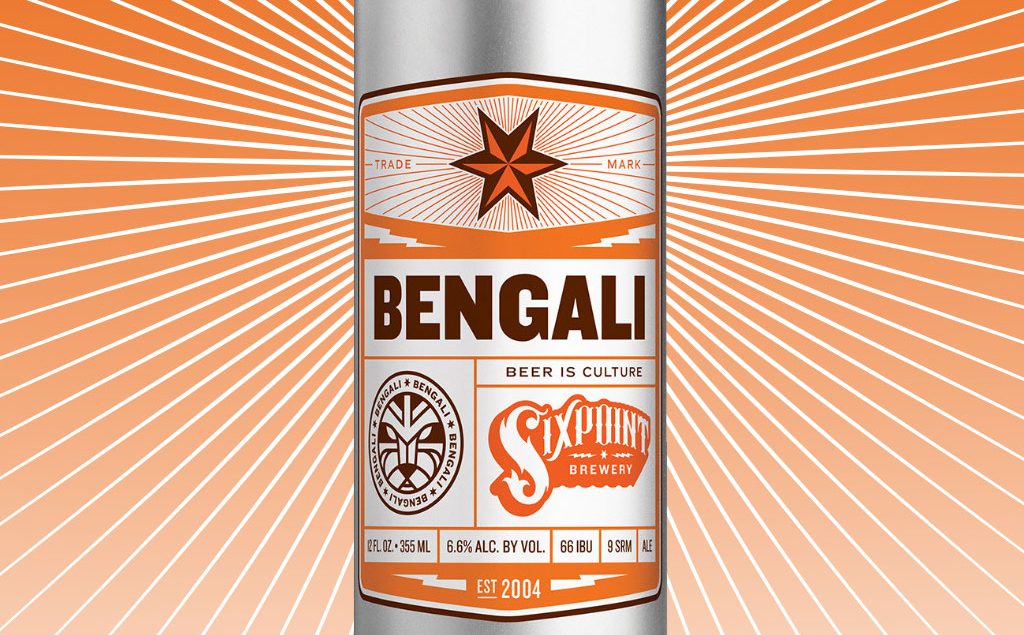 Here’s your cheat sheet for Bengali by Sixpoint Brewery.

Featured in main subscriber on 17 January 2019.

I’ve found a description by the brewers themselves that does the job much better than anything I’d come up with, so let’s just stick to that:

We often call BENGALI the modern interpretation of the original homebrew draft. But what does that mean? That first homebrew was in 2004. Two of the hop strains in the latest iteration of BENGALI didnt even exist then! It goes even further than that, though. That original brew was qualitatively dry: meaning that even though there was plenty of sweetness to the beer, the stern bitterness kept the balance right. But IPAs have evolved and so have our palates and this new Bengali actually doesnt have much of either. Its super dry low residual sweetness and the hop schedule, combined with these new ingredients, gets us all that satisfying hop aroma, without the sticky bitterness. The BENGALI still slashes, but by the end of the sip, you dont feel a thing.

The hops used in this beer are:

So we have a hoppy fruity IPA with plenty of tropical notes but little or no bitterness in the finish. That means we’ll need to moderate the usual advice of pairing IPAs up against big richly-flavoured dishes.

I think instead for this beer put it up against a still-moderately-robust warm winter salad. I’m thinking grains, maybe bulgur wheat or quinoa. Then liven it all up with blood oranges, walnuts, chicory and goat’s cheese.

Read more on this beer from BeerBods and Sixpoint Brewery. You can also check out some of the previous cheat sheets if you want to catch up on a beer from past weeks.