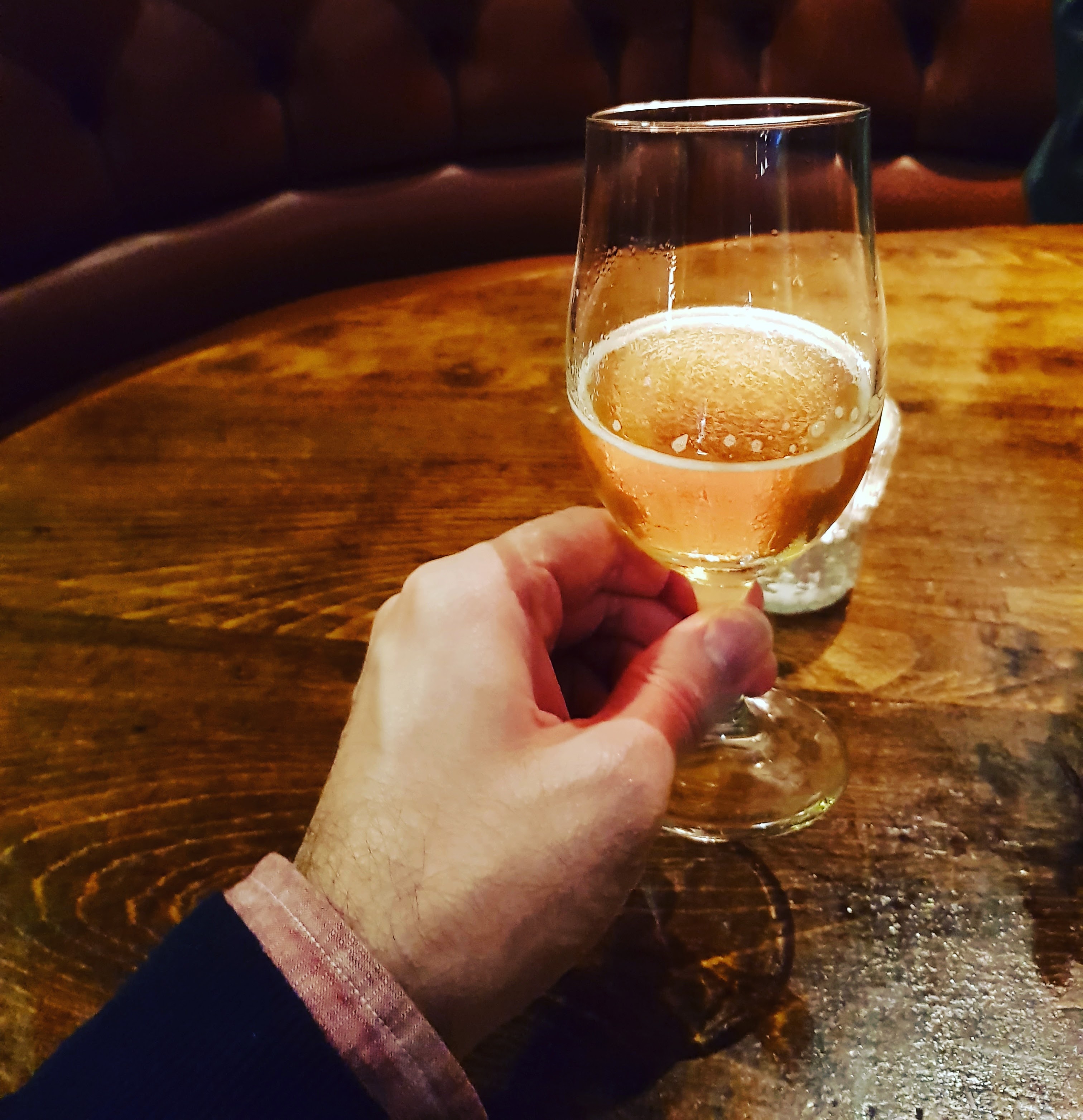 It’s not often that a beer completely bamboozles me, but this was definitely one of those occasions. I had met a friend in Wimbledon to check out some of the Old Ales supposedly available at a local pub, but we found there weren’t that many actually on. Naturally we soon began exploring the other beers on offer, which is how I ended up with this glass of liquid confusion called Project Barista: Crema, from Siren Craft Brew.

Crema is one of four beers in Siren Craft Brew’s excellent Project Barista range. It’s described as a white stout with coffee. But what exactly is a white stout? You’re not going to find it mentioned in the BJCP Guidelines. From what I can tell, it’s being used to refer to a strong English ale, such as Durham White Stout.

“While the word “stout” has come to mean a dark beer, the original meaning was strong and true. Before the porter brewers commandeered the word to mean a stout, or strong, porter it referred to any strong beer. We have rehabilitated and improved the genre. White Stout is a very pale, full bodied, strong beer.”

It was pale and full bodied, certainly, and sweet too before the coffee came through. Despite my brain nagging my tongue to look for roasted barley notes in it, because of associations with the name stout, there were of course none to be found. You simply can’t get roasted notes from pale malt, beer doesn’t work that way. The malt hasn’t been roasted so it can’t taste roasted. The coffee, cocoa and vanilla notes kept those stout-as-we-know-it associations going though, and it turns out they’re strong. So again I looked for, and failed to find, the roasted notes… Funny how the brain works.

“A sweet white stout that completely defies the way it looks.”

It certainly was. My only complaint is that this was chilled to high buggery from being served on keg. I’d like to try it again, only slightly warmer from a bottle to get more of the flavour coming through.