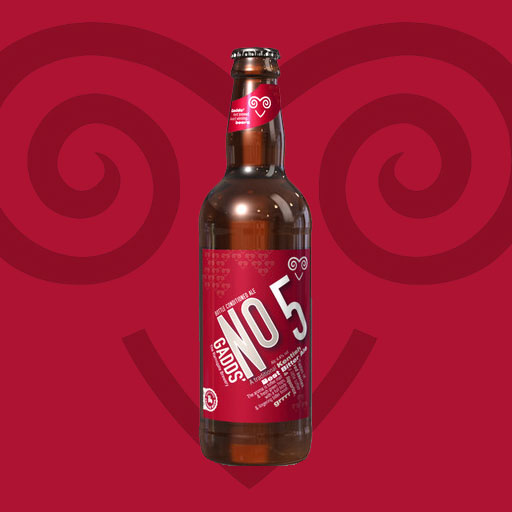 Here’s your cheat sheet for Gadds No. 5 by Ramsgate Brewery. It’s #tradbods tonight, with this well-established brewery from Kent.

We brew distinctive Kentish beers, using years of knowledge, experience and understanding – we’ve been around long enough to know what we’re doing, and not so long as to be old fashioned.

Long-time BeerBods will recognise the brewery as Gadds No. 3 has featured twice before: once in the main box back in 2013, and also more recently in the beer writers’ dozen box.

Serve this beer at 10°C to 13°C; this means about 40 minutes to an hour in the fridge in real money. 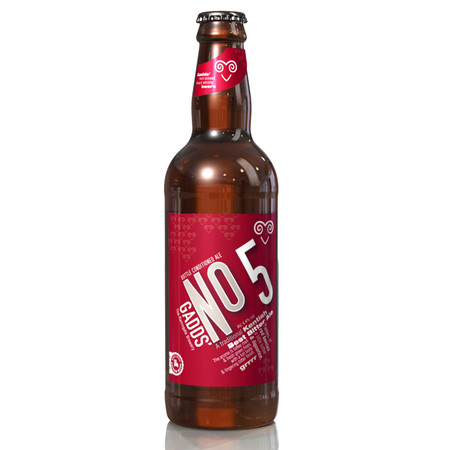 This is a traditional Kentish Best bitter. Expect toffee malt and fresh green hops on the nose. The flavour when you taste should feature both again with the addition of red berries and a lingering bitter finish.

It should have a full body, with medium malt sweetness and a medium to high hop bitterness displaying a traditional English hop character.

The hops used were the classic English Goldings/Fuggles pairing, really characteristic of the Best Bitter style, with a couple of other additions.

The brewery suggests you pair this with a Sunday roast, and I’m not going to argue.

Read more on this beer from BeerBods and Ramsgate Brewery.