Craft beer fans can be a judgmental bunch. As pubs and brewers struggle through hard times, we should look to improve our image lest we put new drinkers off altogether.

“I know a lot of people who don’t even entertain the idea of getting into craft beer because they’ve joined a craft beer forum because they like beer and then suddenly they see all of this stuff.”

Was it always like this? Nate thinks not. He says craft brewery buyouts, such as when AB InBev bought Camden Town Brewery, were a catalyst for a change in attitude. “For a while I thought people were having a bit of a laugh about my beer choices, but then I was like: actually no, these people are seriously judging me for what I drink.” 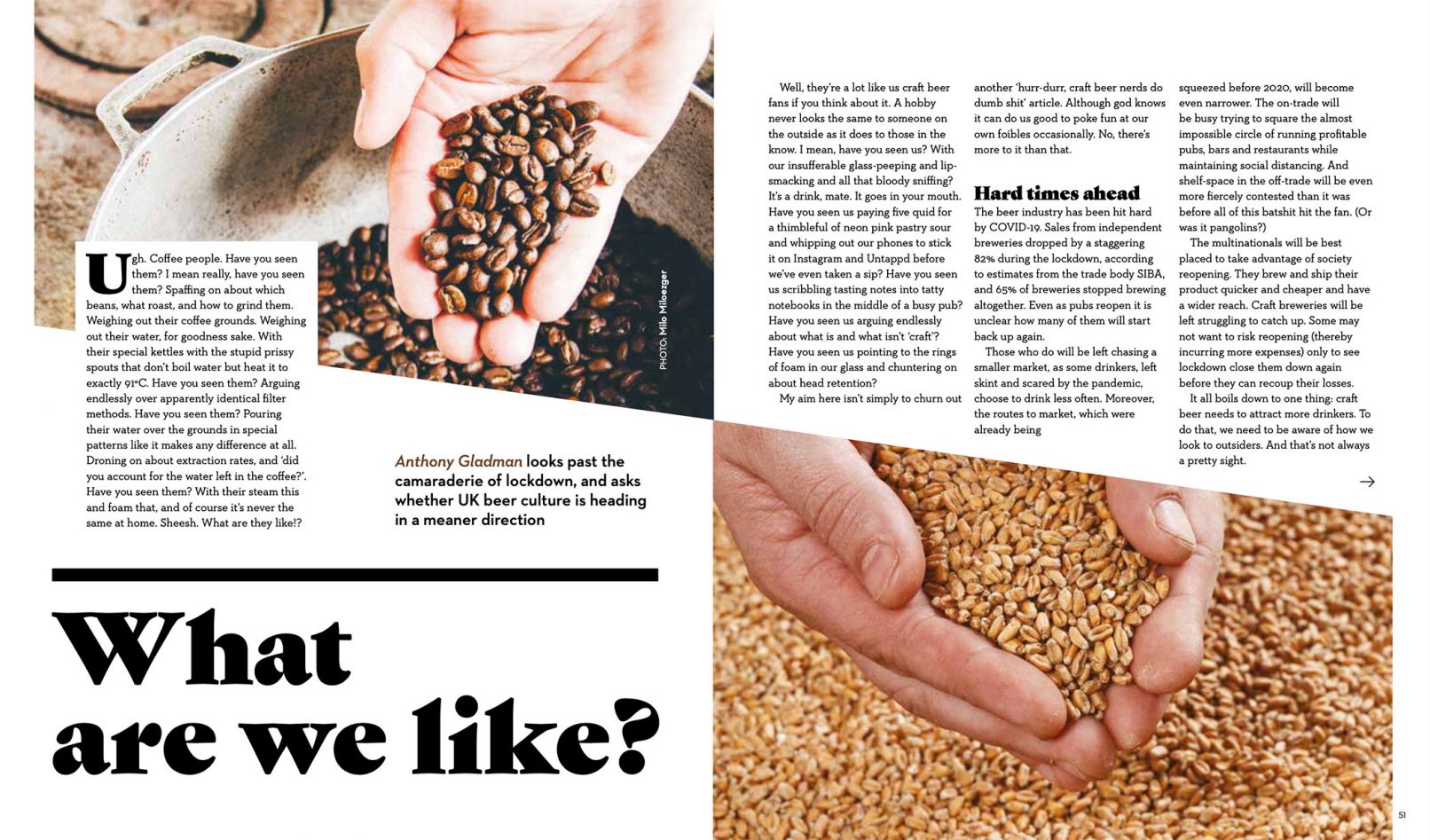 Pedal to the pumps
There Only Apples, Red and Green — Wilding Cider in Somerset, England