‘We’re the kind of people who vanish’: What Dann and Martha Did Next

I chat with Dann and Martha of Saint Mars of the Desert Brewery about closing down their last business, Pretty Things Beer & Ale Project, and settling in Sheffield to build up their latest venture.

Inside, the walls are covered with more handwritten quotes and poems referencing Jack D’Or—the name of both a Pretty Things flagship beer and a mythical figure based on a malted grain of barley. There are signs taken from old French and German breweries, beer books piled in corners, and a garland of dried hops snaking along one wall like a frieze. It feels like a beery Narnia, a parallel world that Dann and Martha have built around themselves.

“Well, the beers here are much better,” says Dann. 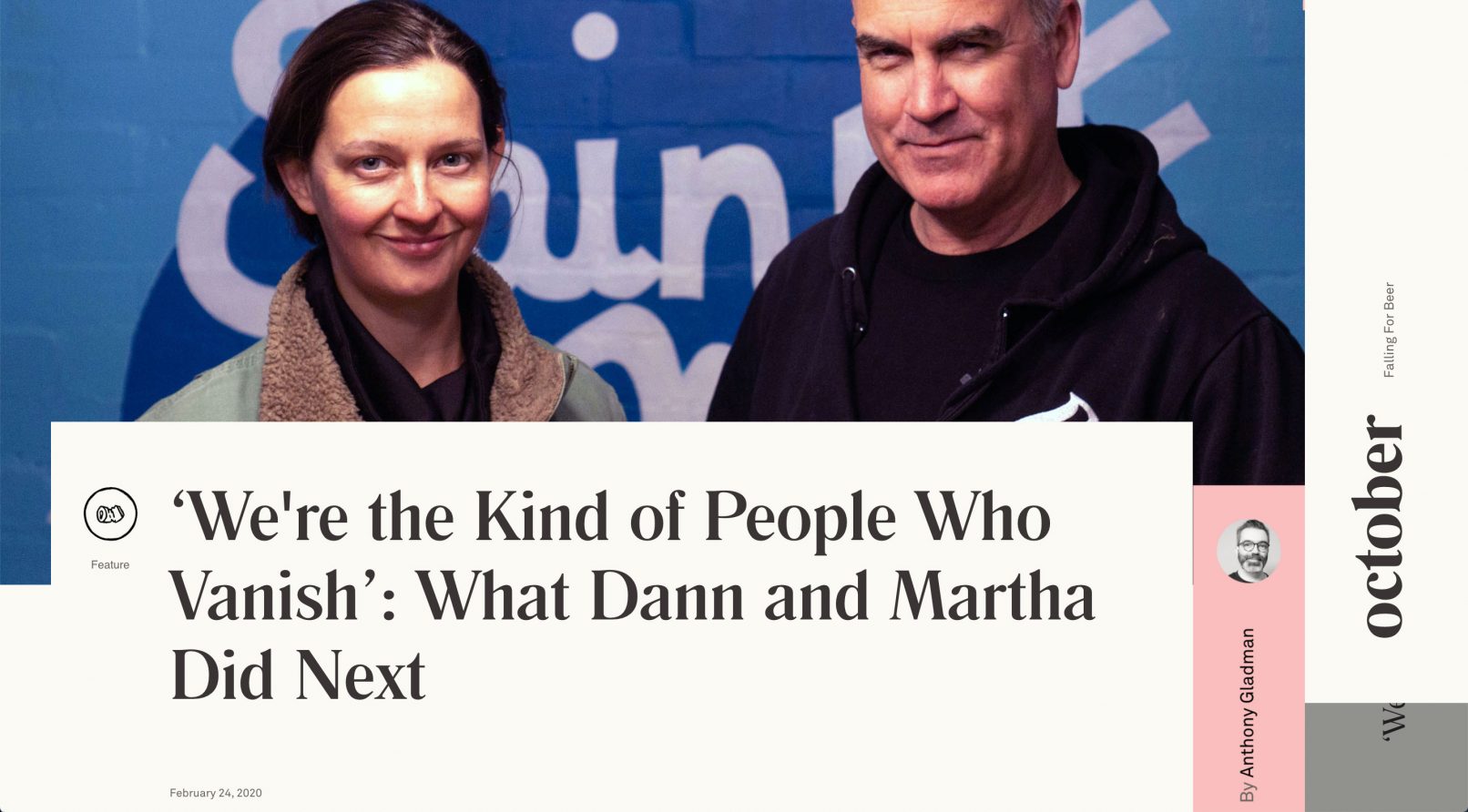