The green, green hops of home

In September I travelled down to Kent to see the hop harvest, and find out what has been changing for British hop growers over recent years.

The tap root on a hop plant can delve four metres into the ground looking for water. At its deepest that would be one metre of root for every generation of the Hukins family that has worked the land on Haffenden Farm in Kent growing hops. But for a long time Ross Hukins, the current owner, thought he’d do anything other than follow in his father’s footsteps.

There is a new feeling of optimism among hop farmers in the UK. After decades of decline, it seems things may be starting to look up again.

“I’ve remortgaged myself for the rest of my life to commit to the farm with a level of investment my dad couldn’t ever make,” says Hukins. He’s building a huge facility to pick, dry and process his hops. At its heart will be a new machine. Well, new to Hukins anyway. “We’re in the process of renovating the greatest British hop machine that was ever built. It’s quite nerdy. It’s called the Bruff Super E. It’s a 1960s machine.” 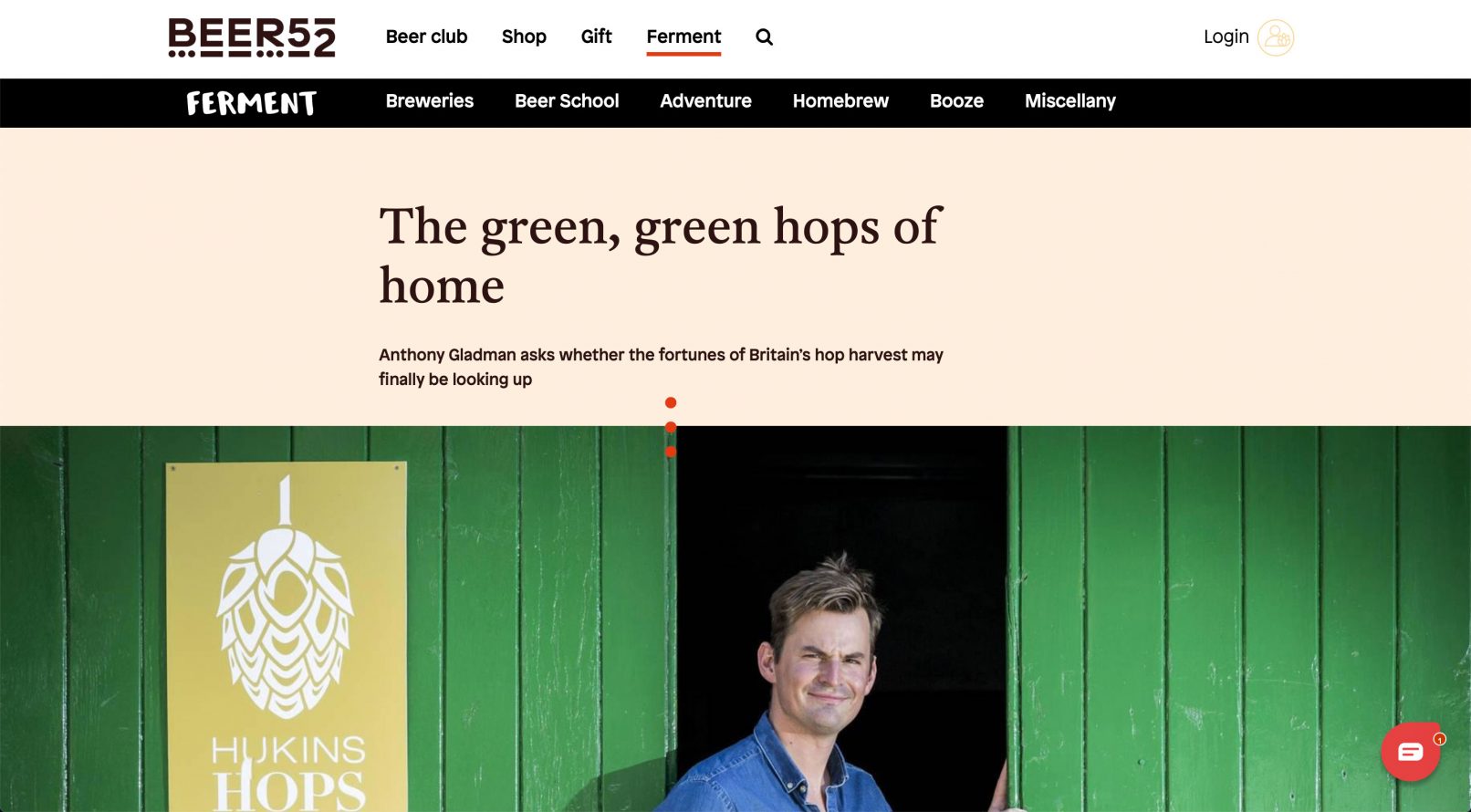