Some of London’s Best Breweries Are Stretching What ‘Local’ Means

This article brought October’s coverage of London’s beer scene up to date, as previous guides on the site completely ignored the craft beer explosion the city is living through.

[London] is a world city, and like all world cities it is a melting pot of talent and creativity. And right now some of the most interesting contributions to its craft beer scene are being made by brewers who came from elsewhere to add a little spice to the stew.

I visited five breweries and explored what their taprooms had to offer, from hipster hangouts to sprawling beer gardens set among tanks of authentic German lager slowly maturing until it reaches peak deliciousness.

Most nights there will be something going on, and given the location, this often means music. You may even see a big name or two using this small, intimate space as a warm-up for larger stages elsewhere. 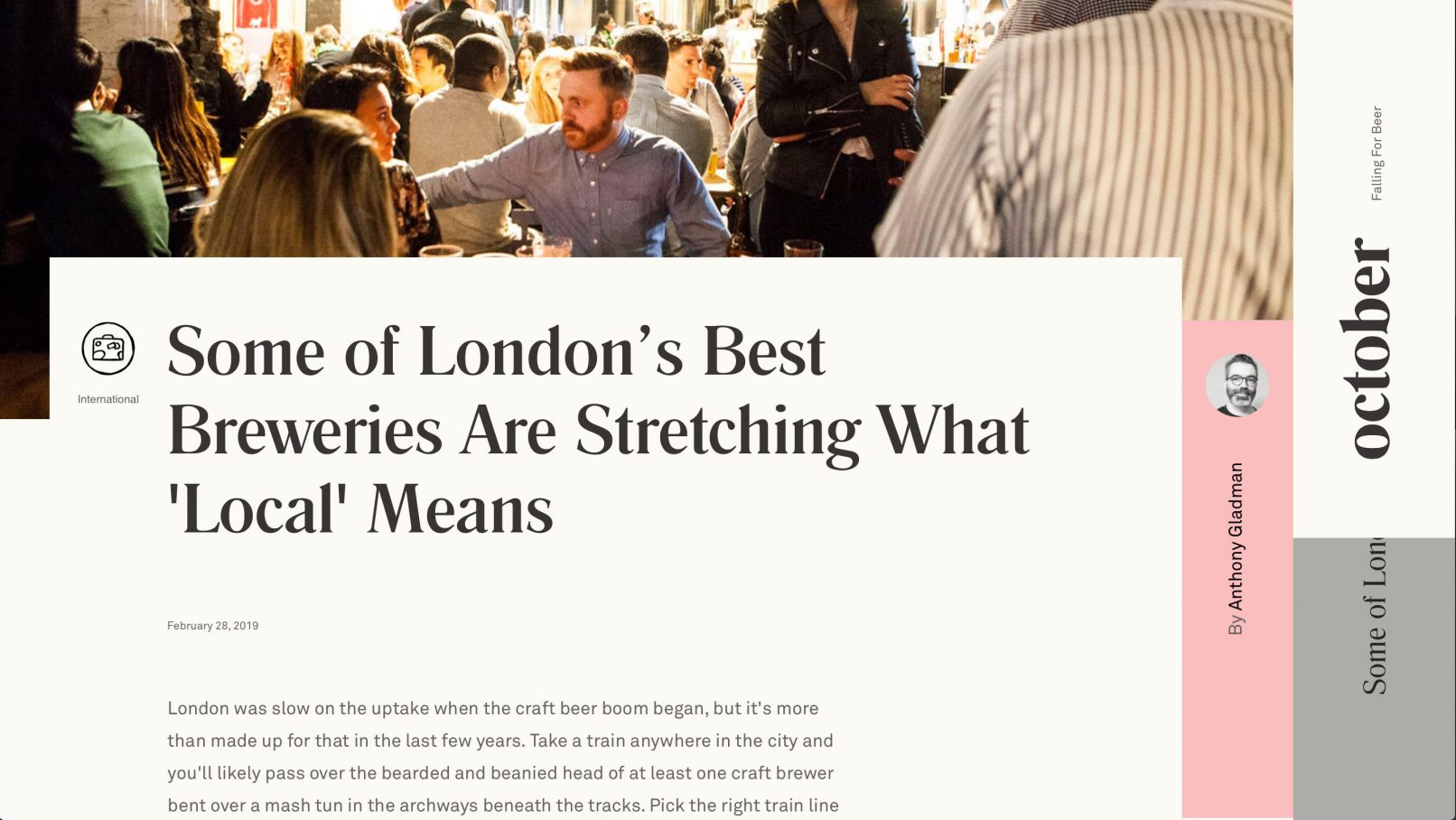 Beyond the Pond
Incoming!