Why do some lagers taste so damn good? In this article I look at decoction mashing, and what it can do to a beer’s flavour and drinkability.

Adam Brož, the brewmaster at Budweiser Budvar, says drinkability is one of the most important characteristics in beer. “I define it in the simplest way: to enjoy the beer and to want to repeat the experience,” he says.

Speaking over Zoom, Brož comes across as a neat and careful man. With his shaven head and buttoned dress shirt, he reminds me of the sort of chemist-brewer who might stalk the brewhouse in a white lab coat. But don’t mistake careful for dry; there’s passion, too. He cares very much about both Budvar specifically and beer in general.

“I hope that [all] Czech beers, not only Budvar, have very high drinkability,” he tells me. If you’ve ever enjoyed a foam-capped glass of deep golden Pilsner in the Czech Republic, you’ll know what he’s talking about.

Could this quality have something to do with the way these beers are brewed? Many credit the character imparted by decoction mashing—a technique frequently used when brewing Czech and German Lagers—for making these beers so utterly quenching. Surely it’s no coincidence that the Czechs drank the most beer per capita of any nation in 2019: 188.6 liters each (that’s 399 pints, stateside). The Germans came fourth with 99 liters, or 209 pints per head. 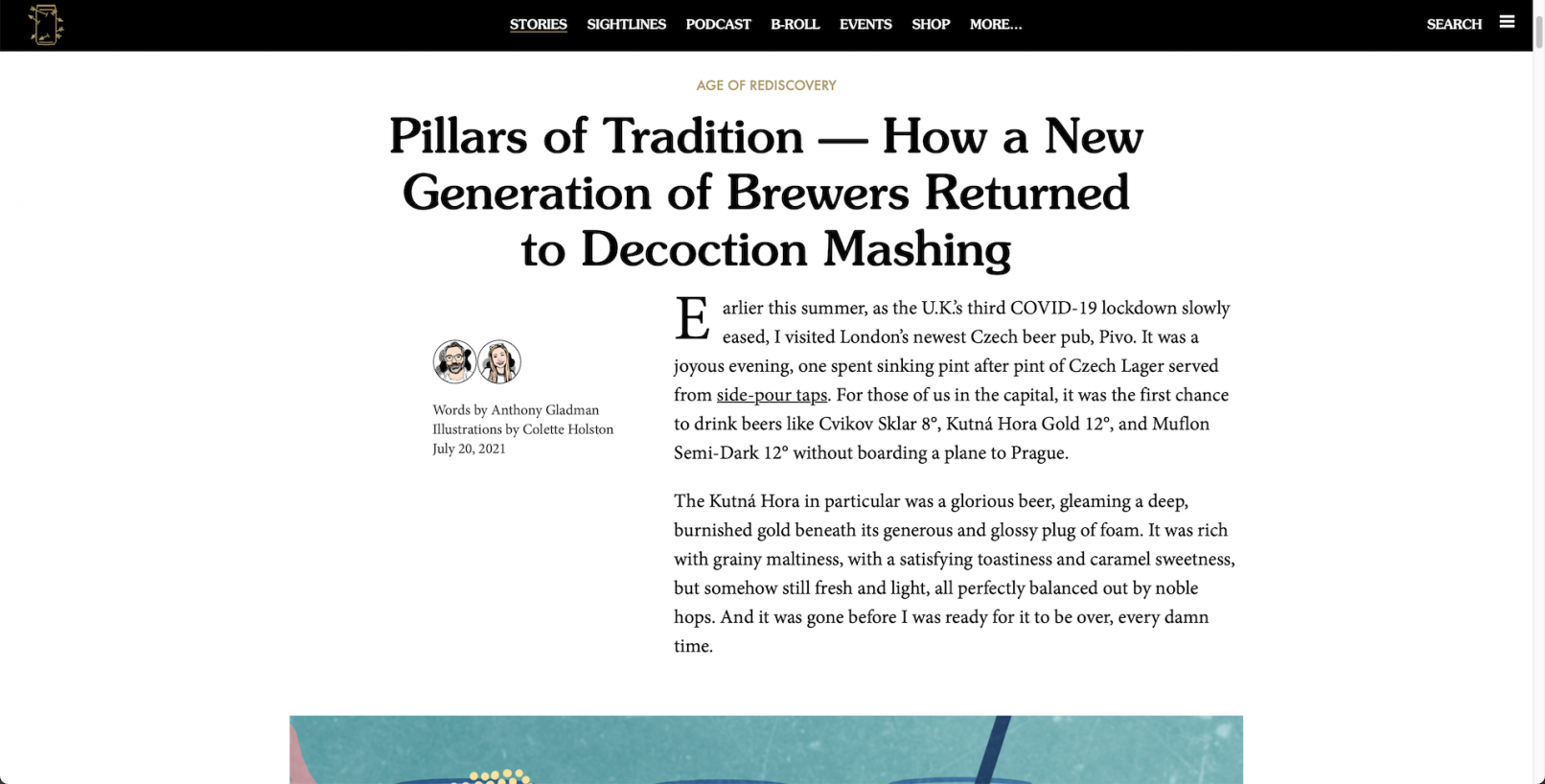 Add a splash of glamour to your life
A Slight Return