Keeping the lights on

In every back office of every distillery across the country, and around the world, spreadsheets show the same thing: making spirits has become a lot more expensive.

Thames Distillery doesn’t have any welcome signs or a visitor centre. In fact from outside it’s hard to tell if you’re in the right place at all – were it not for juniper in the air.

About 120 different brands run through the stills at this contract distillery, based in southwest London, including all sorts of spirits and liqueurs – but the majority of its output is gin. It makes more than enough to keep its stills and its bottling lines busy day in, day out.

This takes a lot of energy for which its Director, Charles Maxwell, must find the money. That’s not as easy as it used to be. “Because of what’s going on in the world, energy has moved from being an incidental cost to a significant cost factor in rectification,” he says. 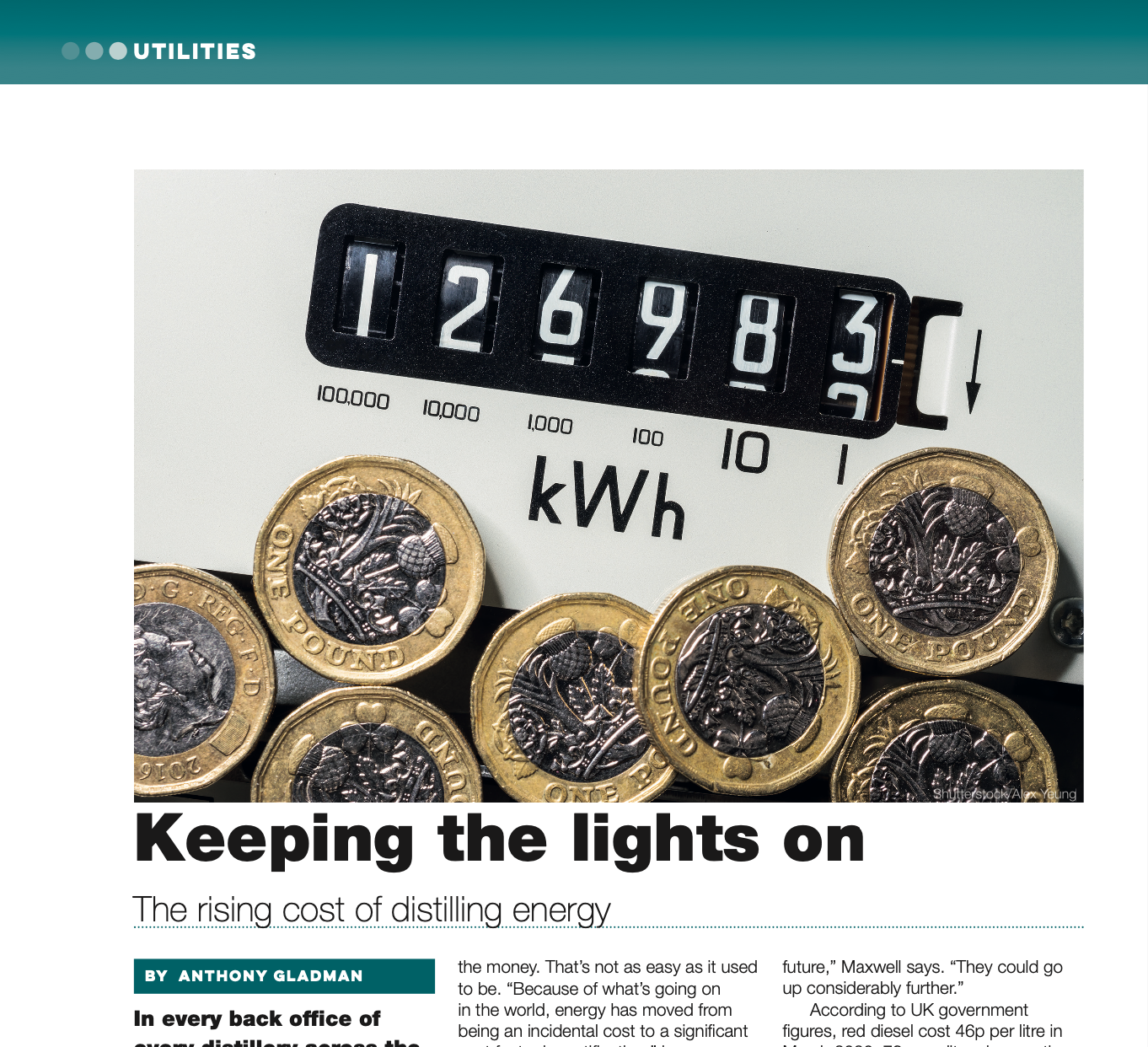