This op-ed piece looks picks up a rock called IPA and peers at the bugs crawling around underneath.

And IPA remains craft beer’s restless crucible, the beer style in which we see the most innovation. So it’s strange how these three letters that stood for so much have come to mean so little.

I examine how the name India Pale Ale has been applied to so many beers that they have more differences than they do things in common.

You might ask: “What’s the big deal? Who cares about beer style definitions? BJCP guidelines are for meganerds. No one reads that stuff, do they?” Well, they do serve a useful purpose. 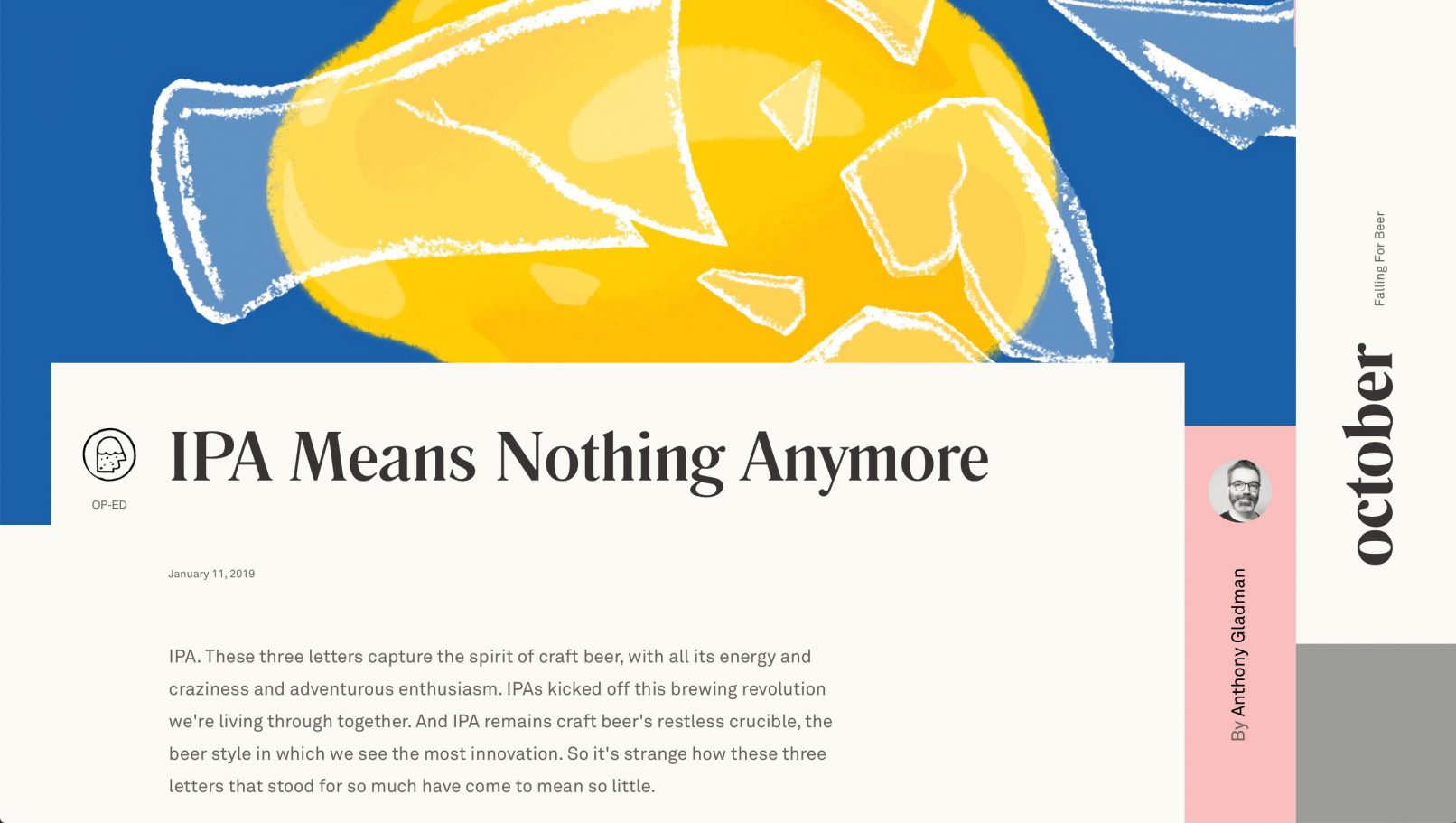 Passion on Tap
Beyond the Pond