This article examines US beer imports in the UK.

The dramatic transformation that American brewing has undergone has created a beer culture unrecognisable from the one that went before, and spread similar revolutions from country to country across the world. It’s like a fermented and double dry-hopped version of the Domino Theory – the McCarthyite fear that nation after nation might fall to communism – only the reds under the bed are now bearded dudes talking about IPAs and sours.

As well as exploring the practicalities of getting beers across the Atlantic in good condition, I look at the appetites that drive brewers to do this in the first place.

An online survey during January 2019 suggests British drinkers look to American beers for their creativity. “Those crazy Americans always seem to be coming out with something new,” said one respondent. Another feature often praised was boldness of flavour. This was equally true for pale, hoppy beers and dark beers, where barrel-ageing came into play. Respondents felt that US brewers led the world in this area. “The barrel aged stuff tends to be fearsome, knock your bollocks off in style – and I’m very keen,” said one. 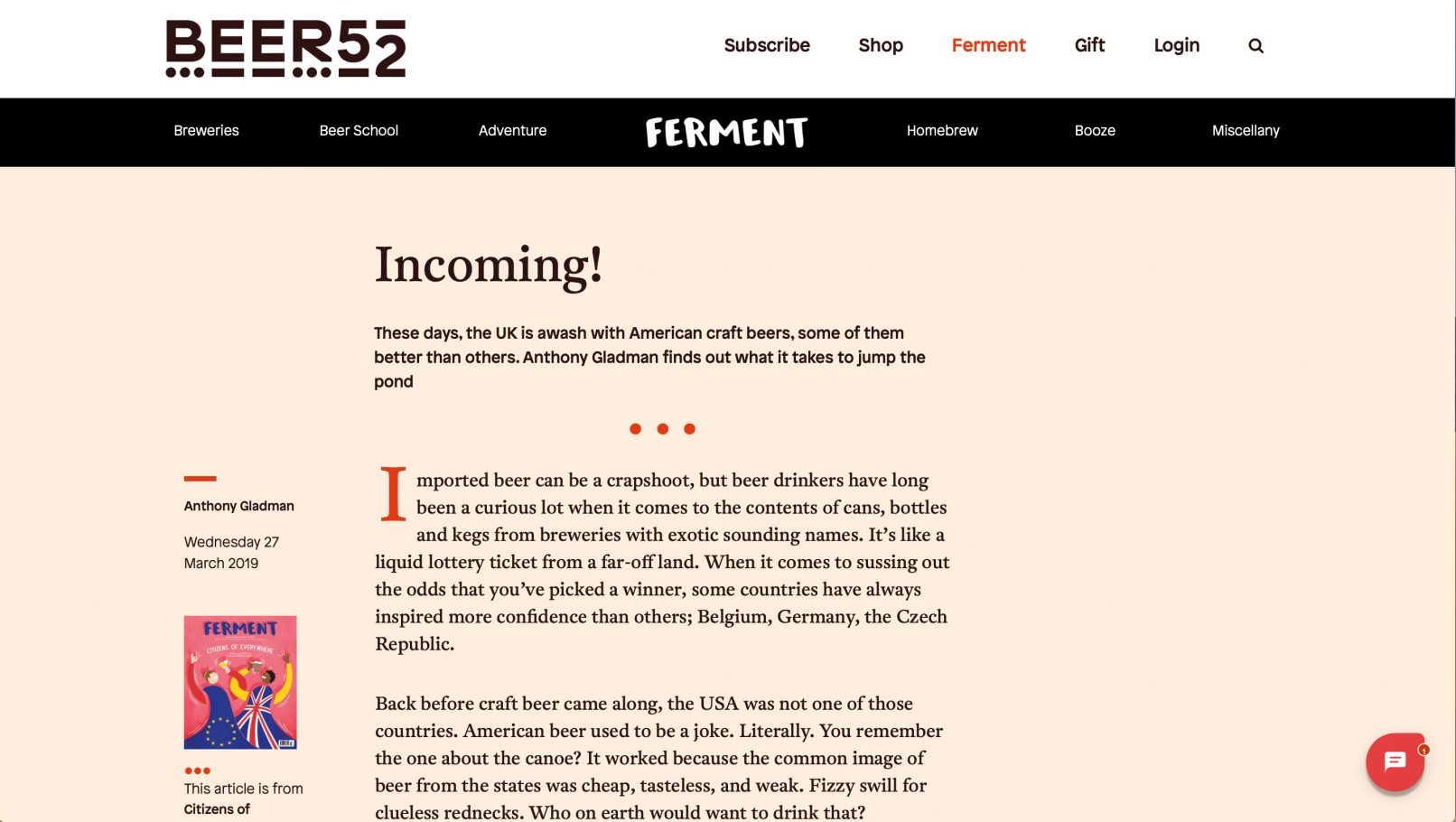