News article detailing the acquisition of BeerBods by Beer Hawk.

Beer Hawk, which has been part of the AB-Inbev empire since 2016, acquired Beer Bods for an undisclosed sum.

Matt Lane, Beer Bods’ founder, said: “It has become increasingly clear that in order for Beer Bods to reach its full potential, we need a partner that can help take us to the next level.” 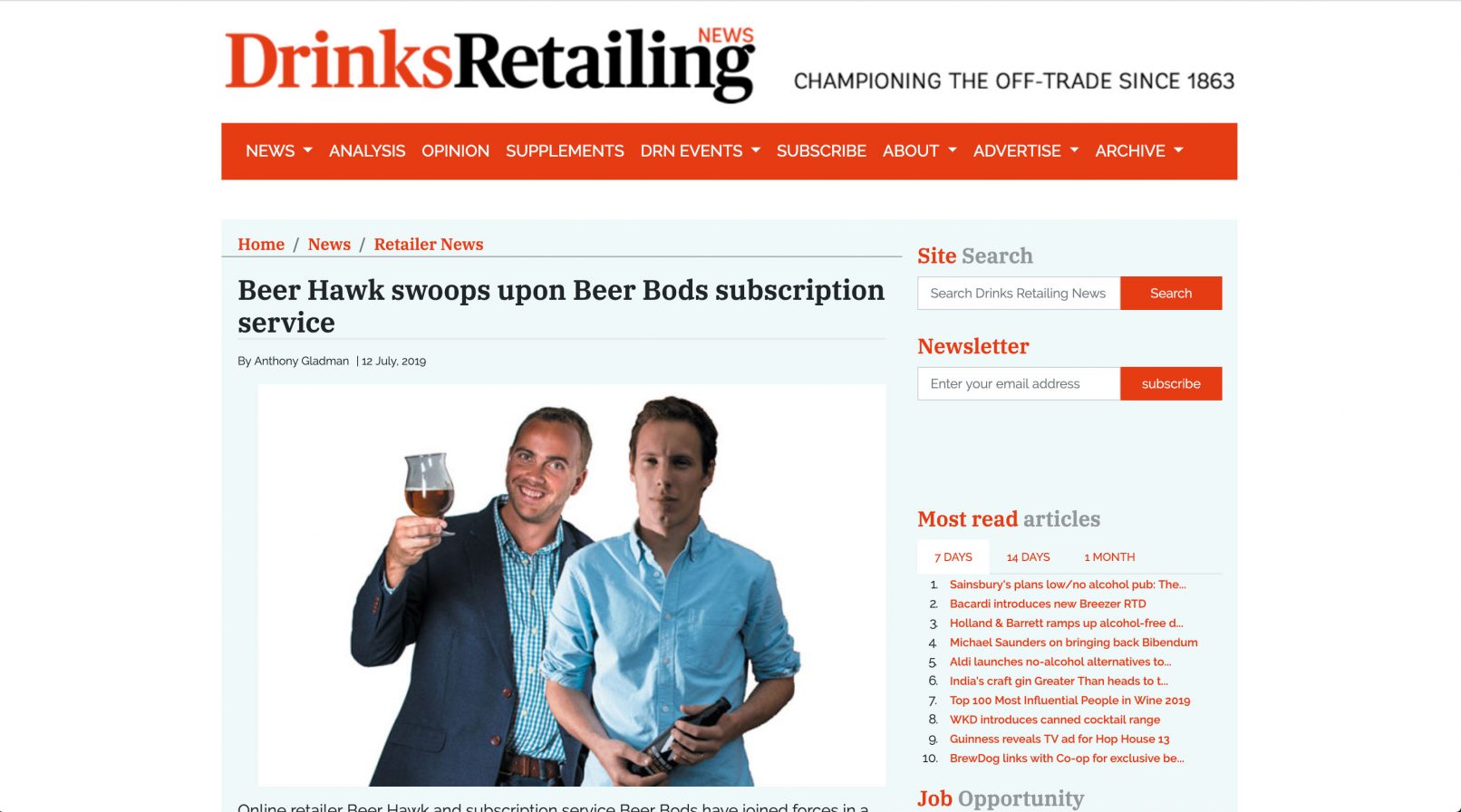 Roll Out the Barrels
Both sides of the lyne arm