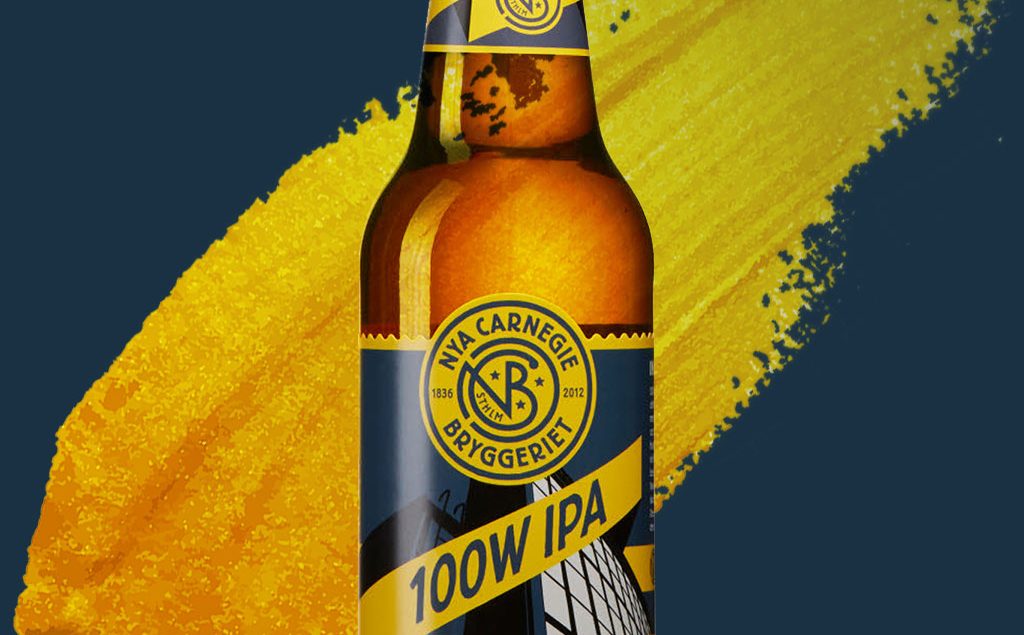 Here’s your cheat sheet for 100W IPA by Nya Carnegiebryggeriet. This might sound like a nice little Swedish craft brewery that’s popped up over the last couple of years but it looks like it’s actually a joint venture between Carslberg and Brooklyn Brewery. (There’s a hint if you look at the brewery page linked under ‘Further Info’ – it mentions using Brooklyn yeast.)

So that’s another less-than-crafty ‘craft’ beer. Does it matter? What is craft anyway? I don’t know. This cheat sheet is only concerned with matters inside the bottle.

Featured in main subscriber on 10 January 2019.

“Nya Carnegiebryggeriet 100W is a tribute to the hundredth brew,” says the blurb.

100W is a pale, unfiltered ale. Expect to encounter grapefruit and lemon zest on the nose. When you taste it you may find pineapple, passion fruit, honey, orange and pine notes coming forward. The brewers describe the bitterness as growing, snappy, and lingering, which sounds pretty good to me.

There are plenty of hops in this beer. Here’s the line-up.

This will go well with lots of food, but with all those hops in there I’d suggest putting it up against something robust and possibly a little bit spicy. Careful though, as hops can exacerbate chilli heat. Mexican, Thai and Indian cuisines should all do well, as should a rich meat like duck. And the other thing you could try is a mild blue cheese.

Read more on this beer from BeerBods and Nya Carnegiebryggeriet. You can also check out some of the previous cheat sheets if you want to catch up on a beer from past weeks.