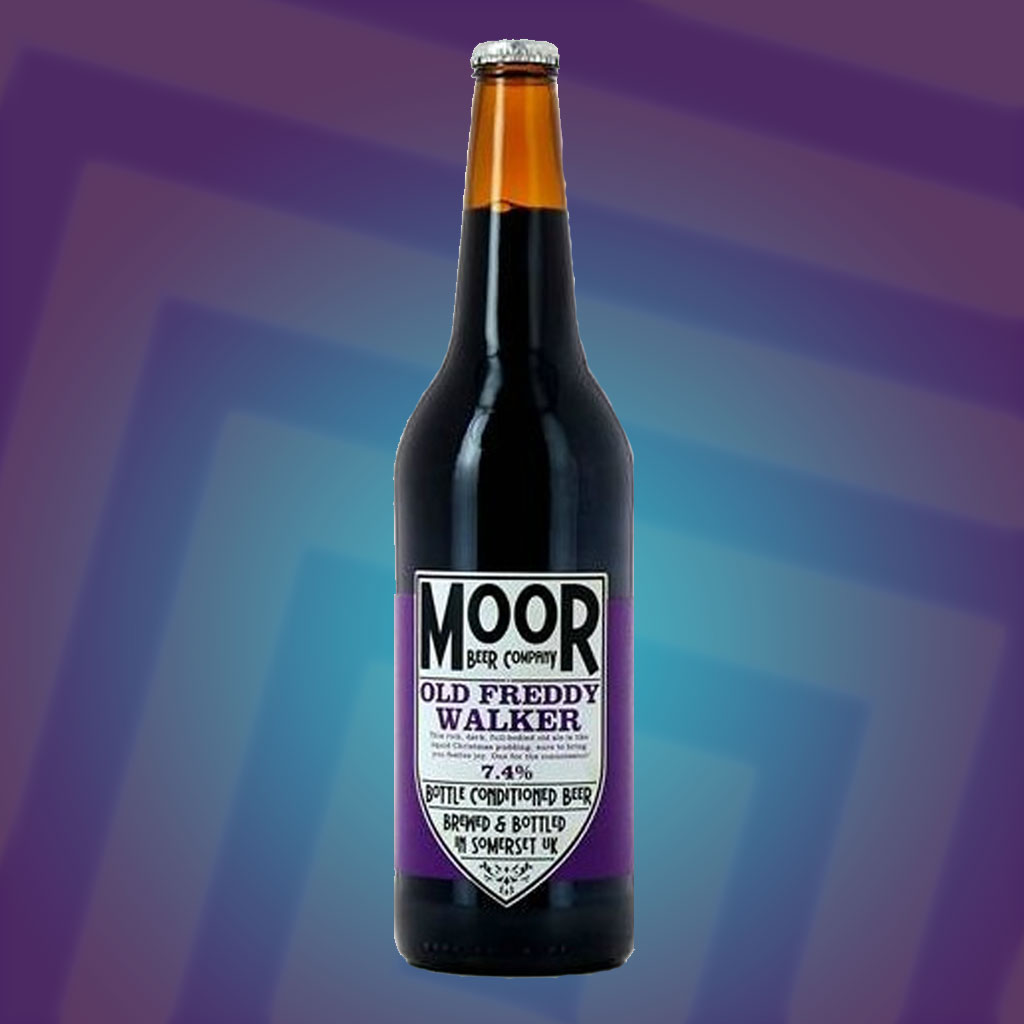 So, here we are, the final beer in the current BeerBods Plus box. It’s all been building up to this. Old Freddy Walker won a Champion Winter Beer award last year.

Serve this beer around ‘cellar temperature’, e.g. 13°C; 20 minutes in the fridge should do it. As ever, be wary of over-chilling your beer. More chill means less flavour. I know I always say that, but it really matters tonight. If in doubt, err on the side of serving ‘too warm’.

Moor Beer don’t use finings, so they will all pour naturally hazy.

It’s a robust and complex beer, and there are plenty of food pairings to be had. Roast meats will do very well here, the Maillard notes riffing with the malt caramel character from the beer. Try roast beef, lamb or venison; cottage pie would also sit well. Moving sweeter you could try mince pies and brandy butter, brandy snaps, crème brûlée, even Tarte Tatin. For cheese, try a Double Gloucester, and of course the most classic pairing of all for this beer style: Stilton.

Read more on this beer from BeerBods and Moor Beer.