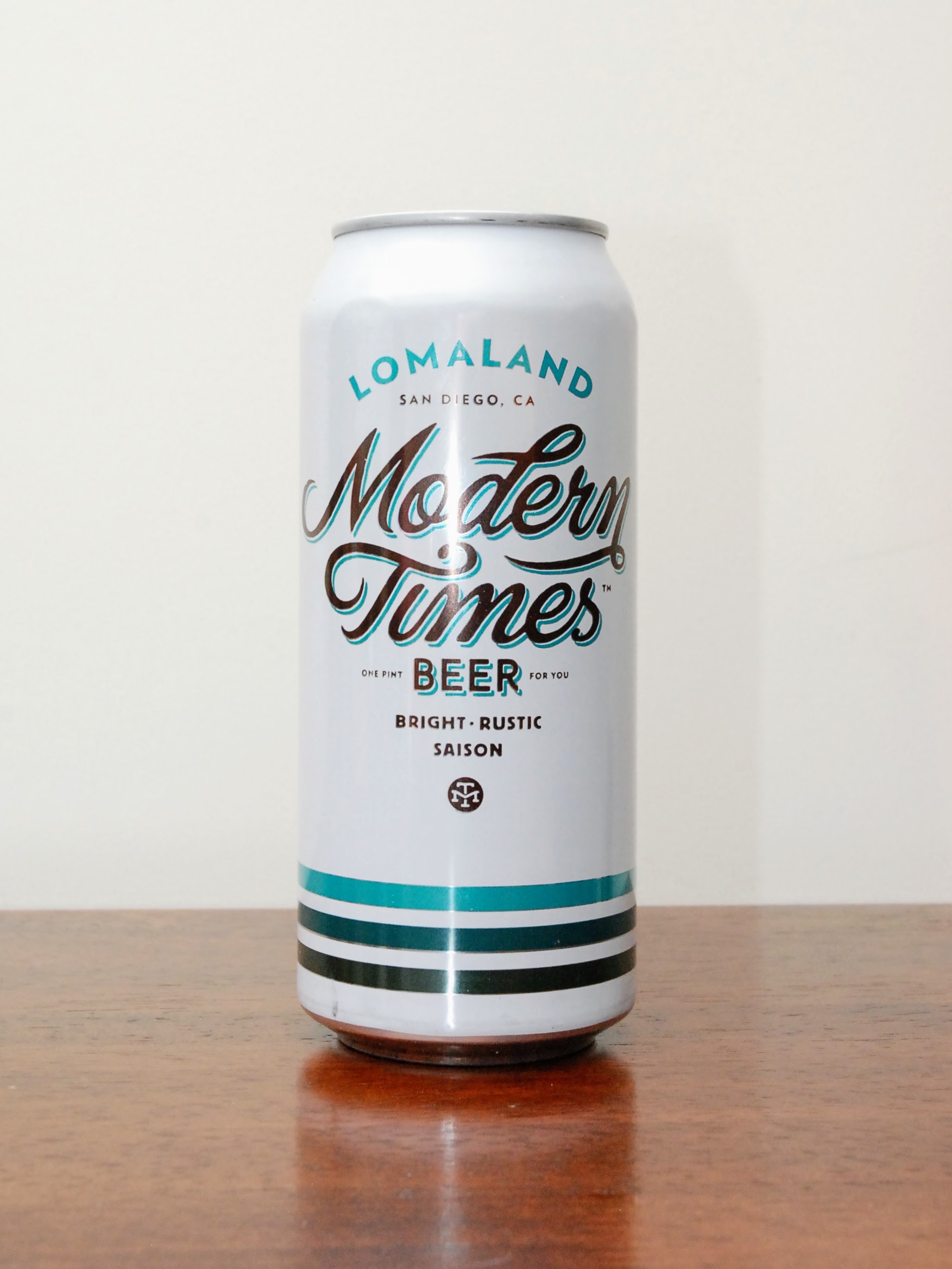 “We named Lomaland after the brilliantly crazy utopian community that was the first settlement built in Point Loma, the San Diego neighborhood where our fermentorium is located.”

Serve this beer somewhere around 10°C; about an hour in the fridge should be enough. As ever, be wary of over-chilling your beer. More chill means less flavour.

“Lomaland is an earthy, rustic Belgian-style farmhouse ale that’s both complex and quaffable. It smells like hay, pepper, and friendly sunshine. Its dry, cracker-like body and lightly-hoppy finish makes it a beautiful compliment to food.”

The hops are Czech Saaz (earthy, herbal, floral). Usually in saisons they figure just barely enough to balance out beer, but as this is an American beer they may be a little more noticeable. There’s often a slight citrus tart note to saisons along with the Brettanomyces funk and the pepper.

Saisons go well with lots of food, but rustic is usually where they shine best. Earthy cheeses in particular go well, I find. I usually recommend goat’s cheese but you could try a Langres instead. This cheese is formed with a little bowel-shaped dip in the top. Apparently in France they like to pour champagne into it. I think you know where I’m heading with this…

Learn more on this beer from BeerBods and Modern Times.