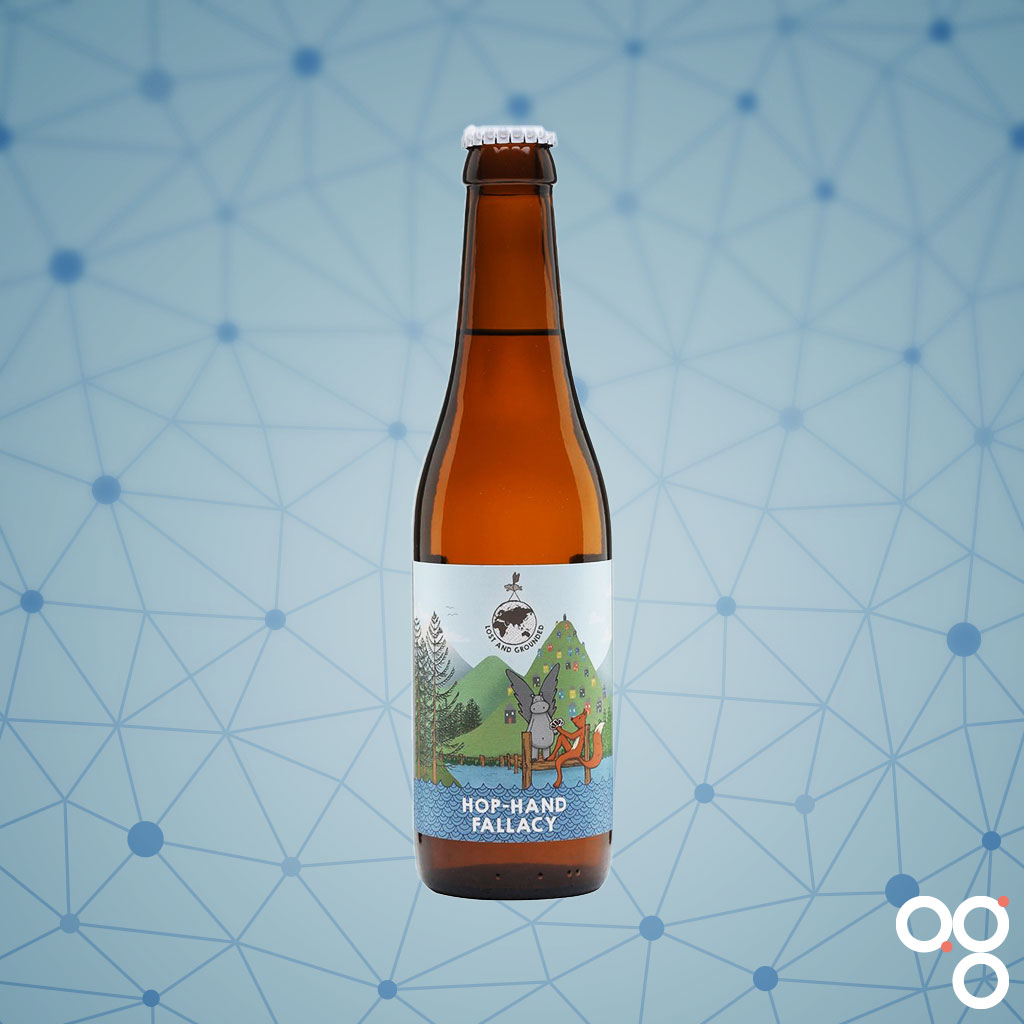 Here’s your cheat sheet for Hop-Hand Fallacy by Lost and Grounded Brewery. I’m expecting great things from the makers of the near-legendary Keller Pils. Let’s see how things play out when they go down to the farm.

Featured in main subscriber on 11 October 2018.

Serve this beer between 10°C and 12°C; stick it in the fridge for around an hour.

The brewers have given a great description for this one so I’m just going to leave it to them this week:

“Our take on what we think a traditional farmhouse ale should be – bright, vibrant and refreshing. For this beer we take pilsner malt and combine with oats to provide a biscuity base, and then overlay with Brewers Gold and Crystal hops, orange peel and coriander to create a citrusy and seemingly hoppy beer.”

The hops in this are:

This sort of beer goes with almost everything. The spicy notes match well with aromatic Asian or Middle-Eastern cuisine. The rustic character goes well with pates, charcuterie and cheeses. It’ll be great with roast chicken, especially if there are plenty of herbs on the chook. And it’ll work with shellfish and grilled or poached fish, especially salmon.

Read more on this beer from BeerBods and Lost and Grounded Brewery.