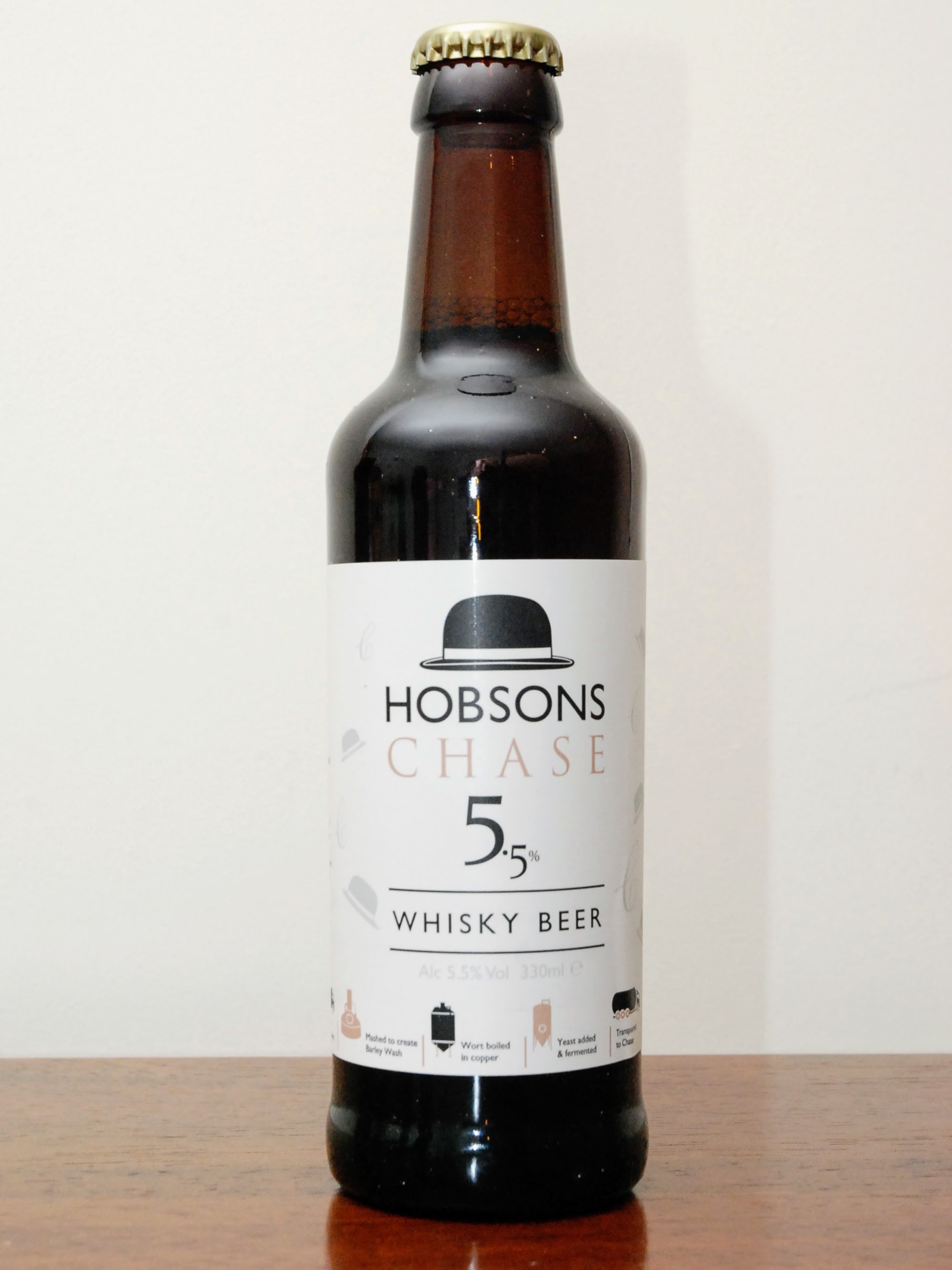 I’d usually suggest serving a beer like this at cellar temperature, or 10°C to 13°C; this could mean about 30 to 40 minutes in the fridge at this time of year. If you’ve watched the BeerBods Plus video, you’ll know the brewer suggests serving at room temperature. Maybe split the difference, go for a light chill and let it come up to room temperature as you drink. As ever, be wary of over-chilling your beer. More chill means less flavour. If you want to know more, read my post on recommended serving temperatures.

There may be some sediment at the bottom of the bottle. There’s nothing wrong with this; just pour carefully if you’d rather not have it in your glass.

Apparently this beer is based on one of Hobson’s Brewery’s core beers, Postman’s Knock. This strong mild sounds pretty excellent in its own right;

“The combination of subtle flavour notes of vanilla, treacle and roast malt gives an initial rich sweetness leading to a velvety chocolate finish.”

This base beer is then blended with a whisky made from a Marris Otter barley wash that Hobson’s gave to Chase distillery. From the whisky I would expect oak and perhaps vanilla notes along with alcohol warmth. There might also be some phenolic notes although it’s very hard to say without having tasted the whisky itself. Apparently the whisky isn’t even out on the market yet, so I guess we’ll just have to wait on that one.

Suggestions from the brewery include BBQ red meats: sausages or ribs with a sticky sweet marinade and mature cheddar or Shropshire blue cheese. Try it with coffee-shop Florentines or rich fruit cake. It goes great in a Christmas pudding, apparently. And follow it up with a whisky!