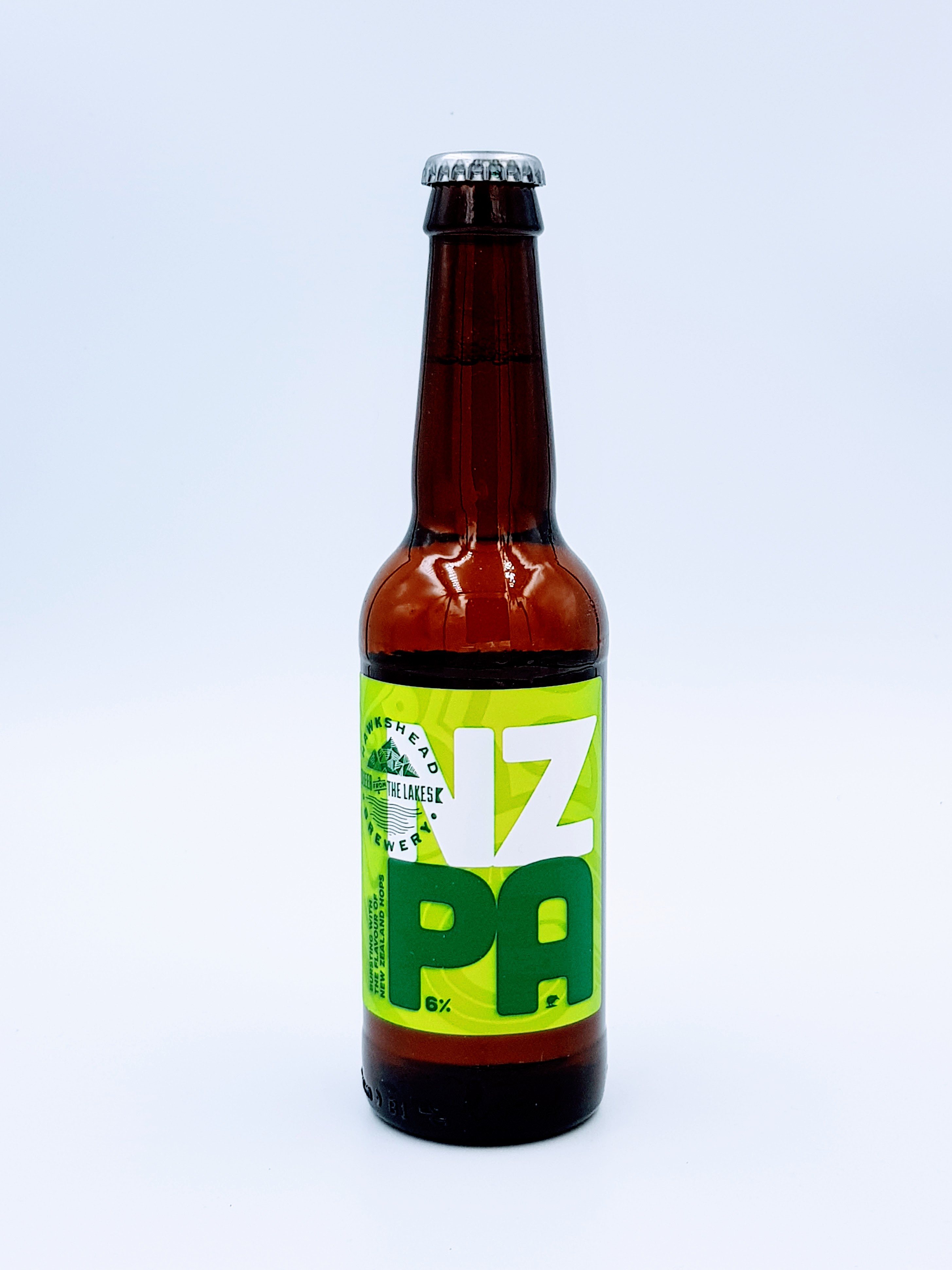 Featured in the main subscription box on 28 December 2017.

Serve this beer chilled to 7°C to 10°C; this means at least an hour in the fridge, maybe up to 90 minutes. If it’s more convenient you could put it in even earlier, then give it about 15 minutes out of the fridge before 9pm so it has time to come up to the right temperature.

As ever, be wary of over-chilling your beer. More chill means less flavour. If you haven’t already, check out my post on recommended serving temperatures to learn more.

“Passionfruit, mango and apricot aromas and a citrus bitterness are balanced by the sweetness of English Maris Otter barley to produce an extraordinary beer which showcases the unique hops of New Zealand.”

Hawkshead Brewery NZPA is a pale ale to balance out all the dark beers we’ll have been guzzling over Christmas. It should have a lighter body and less aggressive bitterness than you’d find in an IPA, but still display a pronounced fruity hop aroma.

Talking of which, we know which hops were used in this beer. From that we can put together a fairly good idea of what flavours to expect.

I’m thinking Christmas leftovers. Cooked turkey lasts three to four days in the fridge, so if you still have any in there it will need eating up. Why not try this beer with a turkey and crispy potato winter salad? Ham hock and barley soup also looks like a contender.

Read more on this beer from BeerBods and the Hawkshead Brewery.