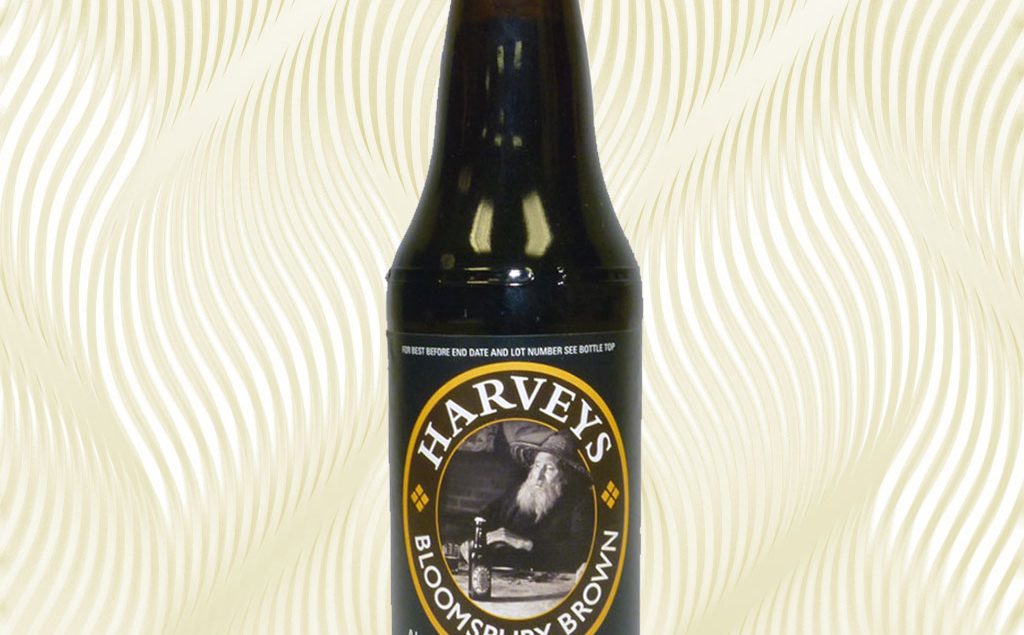 Here’s your cheat sheet for Bloomsbury Brown by Harvey’s Brewery. This one used to be called Nut Brown Ale. Bloomsbury Brown was brewed to commemorate the company’s long association with Charleston, where the Bloomsbury Group used to gather during the first half of the twentieth century.

Featured in main subscriber on 1 November 2018.

As you might expect from Harvey’s, this is a traditional brown ale. Expect a sweet and dark beer with a nutty palate and discreet bitterness. No crazy new-world hops here. This will be malt led and all about balance and drinkability.

Brown ales are pretty good with food, especially the hearty rib-sticking stuff. Roast pork and smoked sausage are good places to start. If you want to go a bit fancier try bresaola or soppressata. Grilled salmon is also a good match apparently. For veg go earthy: mushrooms (shiitakes or morels), beans, caramelised onions. You could try this with an almond or maple walnut cake, or white chocolate, and if you’re thinking cheese then aged Gouda or a Cheshire should do well.

Read more on this beer from BeerBods and Harvey’s Brewery. You can also check out some of the previous cheat sheets if you want to catch up on a beer from past weeks.