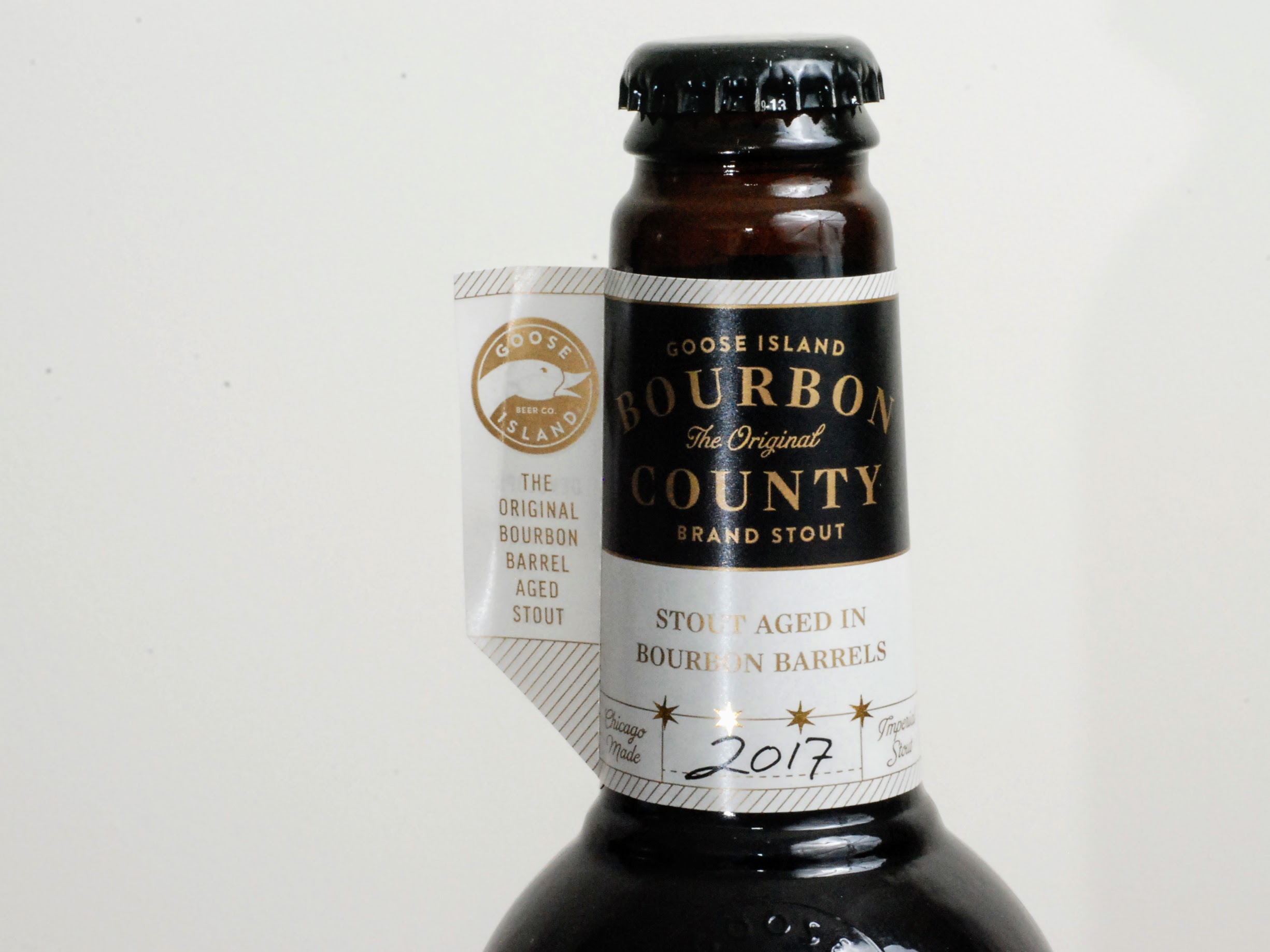 2017’s eagerly awaited release of Goose Island Bourbon County Stout finally arrived on the 24th of November. Bottles of the barrel-aged stout were available in very limited numbers in just a handful of locations. Being nearby with some time on my hands I headed to Ghost Whale in Brixton to see what all the fuss was about.

I arrived a good half hour before the 11am kick-off time, but it was already busier than I had anticipated. Like Black Friday flipped in a mirror, beer fans queued to pay much more than they usually would for a bottle of stout. Now I like my beer, but I’ve never yet queued outside a shop to buy it. I wasn’t sure that I was going to now either, so I headed to a nearby cafe to wait somewhere warm and comfortable until things started moving.

Returning a little later I saw the queue had grown, but not so much that I was out of the running. If I was going to find out first hand what this was all about, now was the time. We made sedate progress towards the door, giving plenty of time to chat beer with the others around me and enjoy the chocolate brownies handed out by shop staff. Thankfully it wasn’t too long before I was inside sipping a free sample of the 2015 BCS. It was rich and complex with a bold, upfront malty body almost more reminiscent of barleywine than stout, perhaps as a result of the two year’s ageing this beer had enjoyed. The Bourbon was prominent, strong and boozy, with oak, vanilla and coffee lurking behind. There was alcohol warmth, but it was pleasant and gentle, belying the hefty 14% ABV.

To make Bourbon County Stout this powerful this palatable at 11 o’clock in the morning is no mean feat. Even so, I’m glad it was a small glass! When I decide to open one of bottles, I’ll make sure I have a friend there to help me get through it. This beer’s too big to slog through on your own. It’s made for slow sipping over a good conversation. As for the other bottle, I shall hide it away somewhere and try to forget it exists for a couple of years.

This was an AB InBev event to launch and publicise an AB InBev beer. I recognise that in posting this I’m buying into that somewhat. I hope that by making this clear, people can reach an informed opinion on this beer and whether it’s for them.