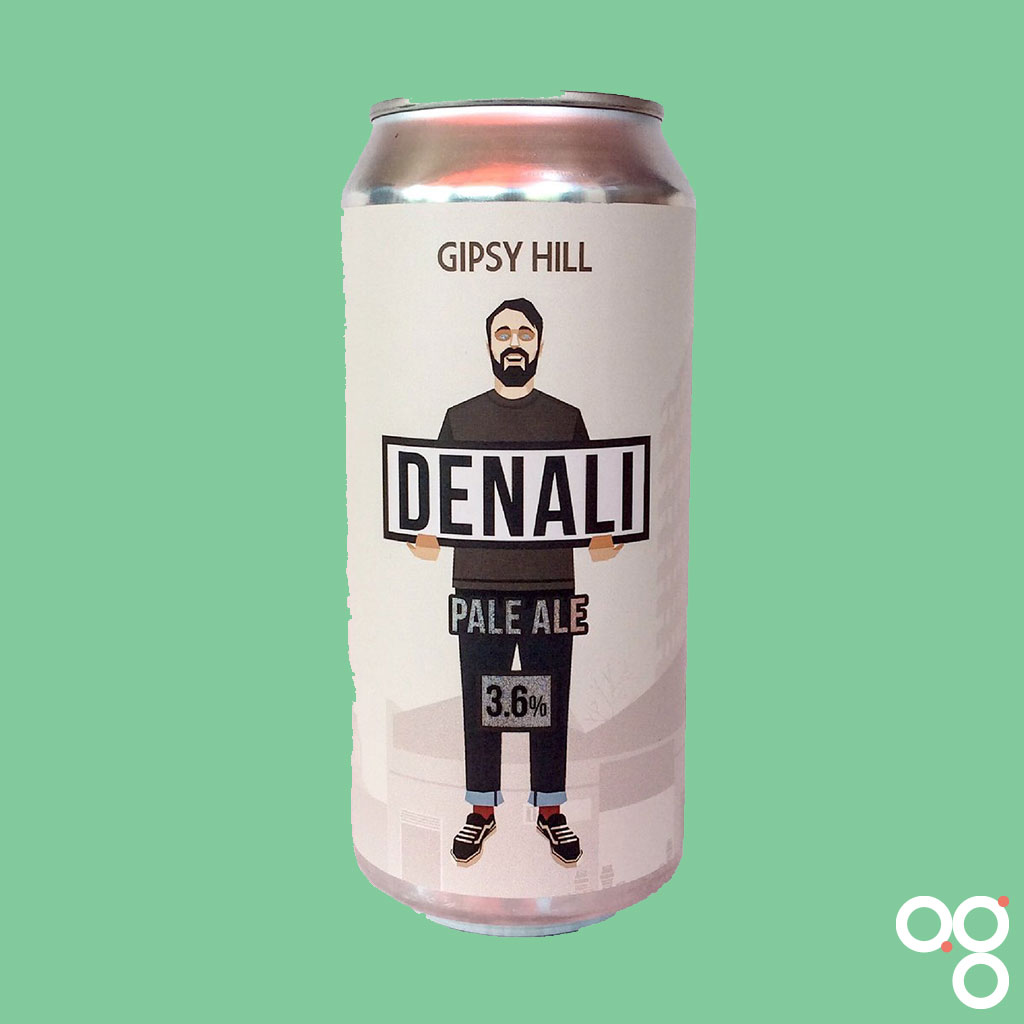 Serve this beer between 7°C and 10°C; stick it in the fridge for about an hour, maybe a touch longer if it’s been stored somewhere warm.

Apart from a touch of Magnum (most likely just for bitterness) this beer is all about one hop: Denali. It’s a little-known one, but with a flavour profile that sounds like it could well become very popular.

This is still a pale ale rather than an IPA though, so don’t be surprised if it’s a little lighter than other beers. It should be light, tropical, fruity, and balanced.

Pale ales work well with loads of different foods. Pork, burgers, charcuterie (particularly capocollo). If you want a cheese – perhaps to follow on from the blue-cheese pairing I suggested for the One Mile End Snakecharmer IPA – then a cheddar should work well here. Or milk chocolate, apparently, is also good. I’ve yet to try that pairing myself.

Read more on this beer from BeerBods and Gipsy Hill Brewing Company.