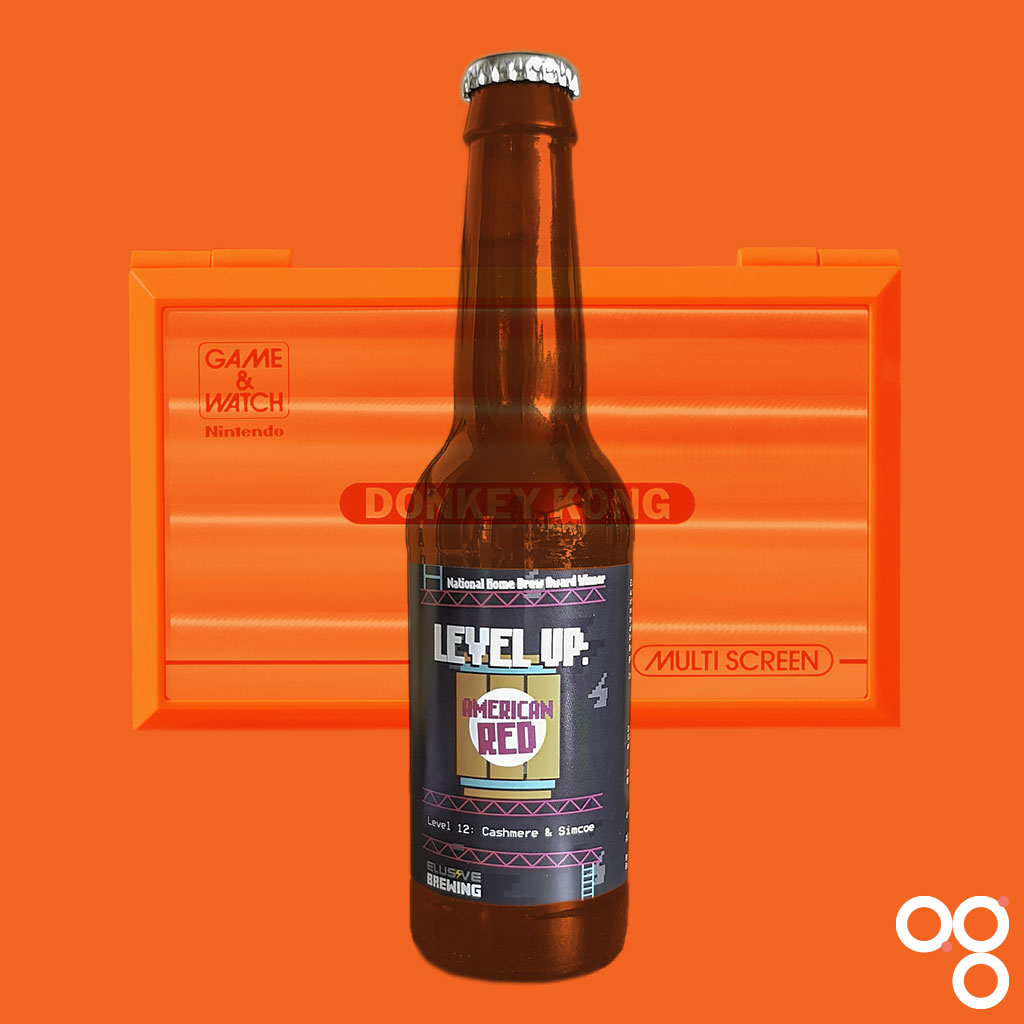 Here’s your cheat sheet for Level Up by Elusive Brewing. As soon as I saw that label it brought back happy childhood memories of playing with the original orange Donkey Kong Game & Watch from Nintendo. Ah, good times. So, as I’m already well-disposed towards this beer, and because psychology can mess with your taste experience like that, I’m expecting to enjoy this one rather well.

So, a red ale. It’s not something we see a lot of over here in the UK. Expect a fruity aroma with a touch more malt flavour than a pale ale and a snappy bitter kick. In terms of hops, here’s what we’re looking at.

It should be crisp and still relatively light, with a modern flavourful aroma.

Red ales like this are good with a wide range of food, and particularly with spicy cuisine. Chicken and burgers will work, seafood too. For dessert options try a banana bread. Pecans can work well as can dulce de leche. Also poached pears, apparently. For cheese, go for lightly tangy ones, such as Port Salut.

Read more on this beer from BeerBods and Elusive Brewing.