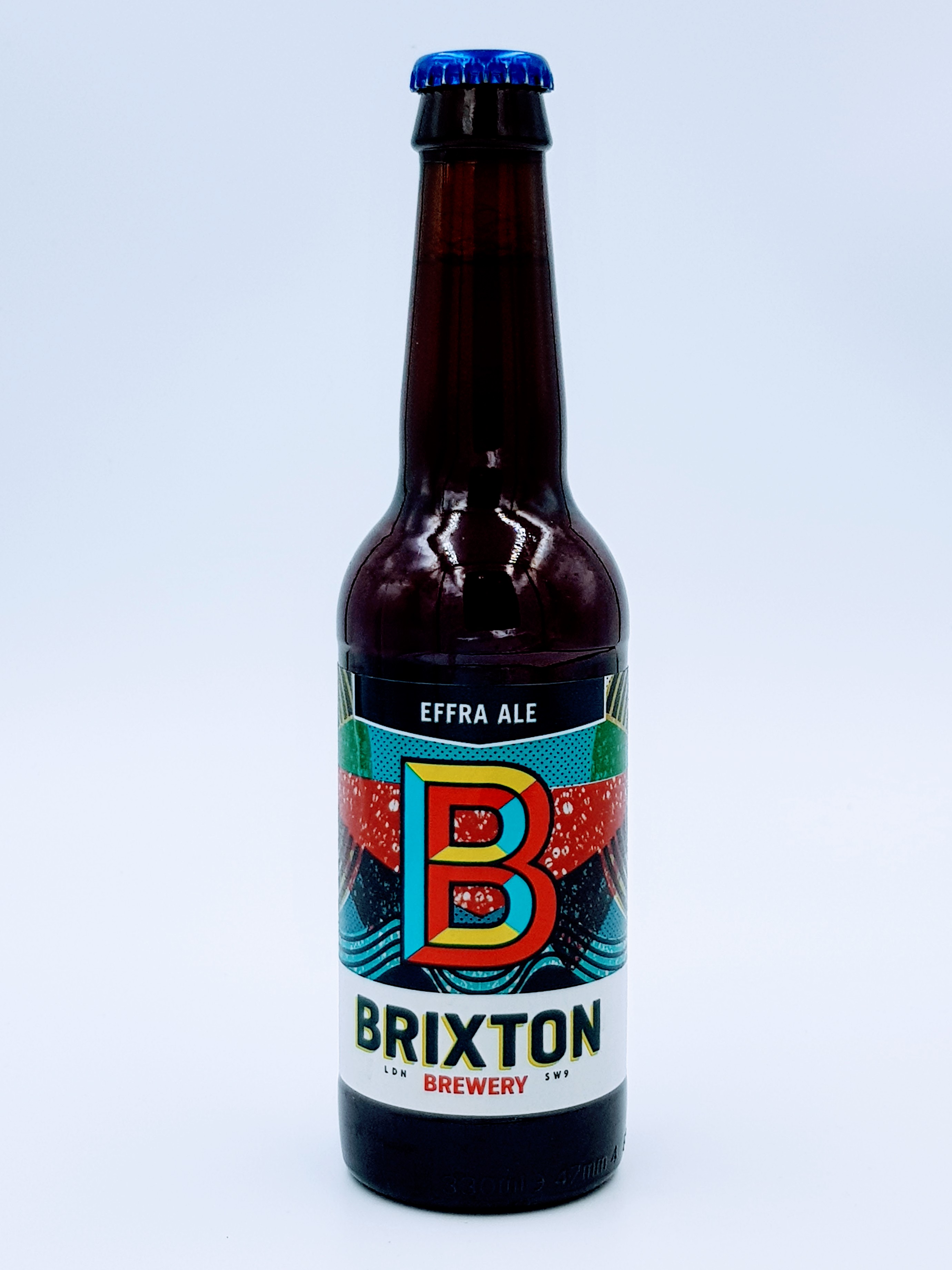 Here is the cheat sheet for Effra Ale by Brixton Brewery. You may have seen recently that Heineken acquired a minority stake in Brixton Brewery. This will lead to an increase in their capacity. Perhaps this will also lead to their beers being more widely available. You can find the brewery on Twitter at @BrixtonBrewery and on Instagram at @brixtonbrewery.

Serve this beer chilled; I’d usually suggest 7°C to 10°C. The brewery’s a little more precise, suggesting 8°C exactly. Stick it in the fridge for up to an hour. As ever, be wary of over-chilling your beer. More chill means less flavour. If you like you can read more on recommended serving temperatures.

We’ve got lots of hops in this one. First there’s Northdown, an English hop, giving spicy, cedar, and pine notes. Then two from Slovenia: Aurora (lime, floral, pine) and Bobek (pine, lemon, floral). And finally two from the USA: Ahtanum (floral, citrus, lemon) and Summit (pink grapefruit, orange). That’s a fair amount of flavour overlap but quite a spread none the less, and it paints a picture of a beer with a solid bitter bite and a zingy floral citrus aroma, over sweet caramel and maybe nutty malts.

“It’s all about balance with this one; fusing a rich malt base with a complex blend of hops, Effra is aromatic, uplifting and goes down incredibly easily.”

This is most likely going to be a pretty versatile beer when it comes to food. The rich, caramel and roasted malt notes suggest grilled meats such as BBQ ribs, grilled chicken, and beef. Add in the hop aromatics and you could look towards spicier foods. Perhaps a chilli. Apparently it should also pair well with some Port-Salut or another lightly tangy cheese – even a medium cheddar. And finally banana bread is another suggestion that I’ve seen… sounds plausible.

Read more on this beer from BeerBods and Brixton Brewery.