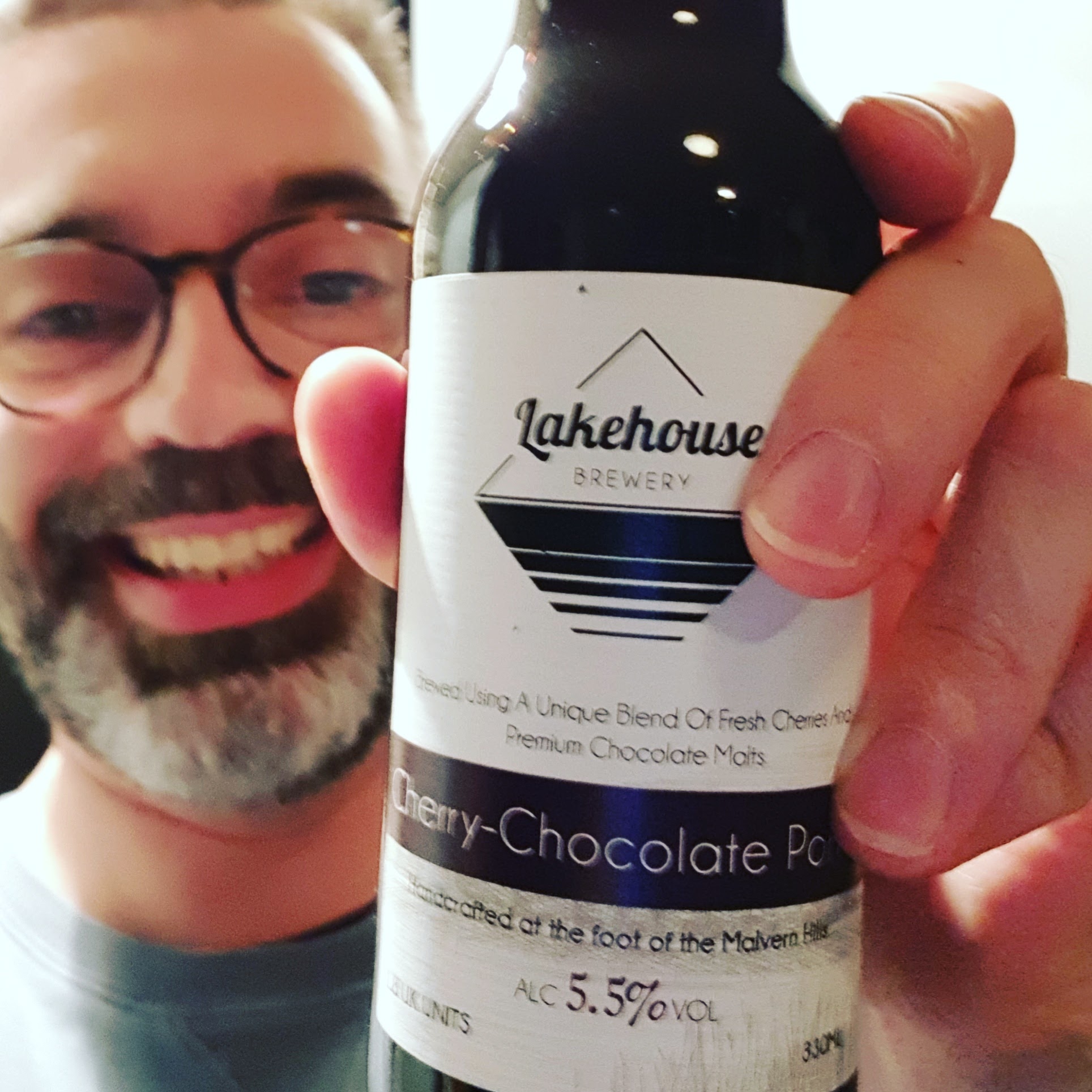 Serve this beer at 10°C to 13°C. I’d probably aim towards the top end of that range. An hour in the fridge should do it, maybe a bit less if you’re keeping the beer somewhere cool to begin with. As ever, be wary of over-chilling your beer. More chill means less flavour.

“A soft and fruity speciality beer, with a subtle chocolate oomph. Brewed using a barrel of fresh cherries and chocolate malts to create a unique blend of flavours.”

I like oomph. First and foremost, expect the usual porter notes of roasty toasty malts topped off with coffee and chocolate flavours. There shouldn’t be any pronounced hop bitterness, if anything there should be just enough to round things off and prevent the drink from becoming over-sweet. I’ve seen varying reviews of how much the cherries come through. For some it’s quite subtle, for others it’s a bit too much and masks the chocolate. I look forward to seeing for myself where the balance lies.

I’m going route one this week: it’s pudding time. Get some chocolate cake, the stickier and gooier the better. We’re looking at recreating that black forest gateau vibe with the chocolate and cherries. You could even get some actual black forest gateau. Extra nostalgia points for Sara Lee examples. Or try some dark chocolate biscuits; I’d suggest ones so dark they tip over a little into bitterness and make Darth Vader look like a bitch. If you want to steer away from the chocolobvious stuff, any sweet dish is going to work pretty well here. Try it with a carrot cake instead of chocolate.

Read more on this beer from BeerBods and Lakehouse Brewery.