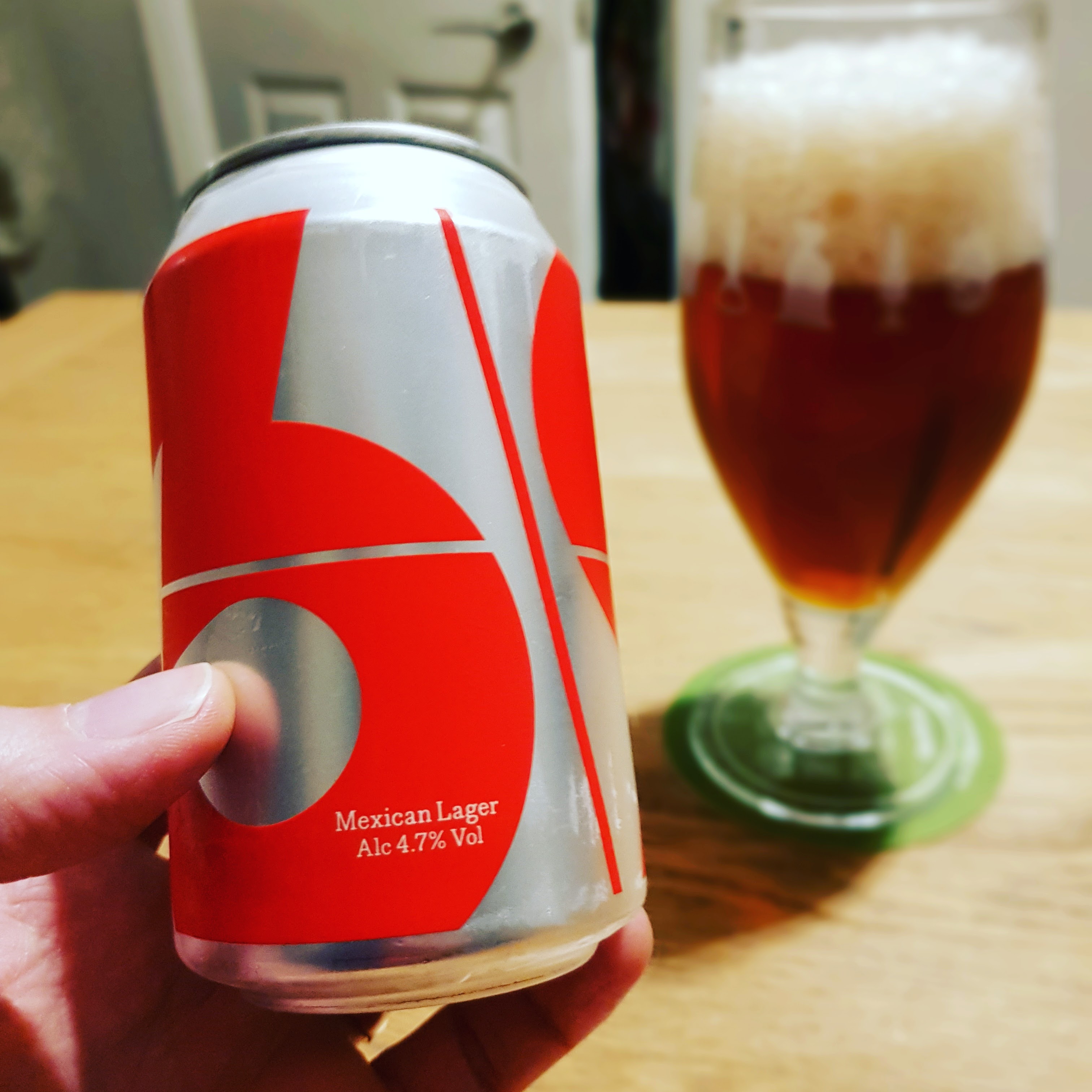 The 3/9 Project was organised and hosted by Harbour Brewing Co in collaboration with our very own BeerBods. You can find Harbour on Twitter at @HarbourBrewing and on Instagram at @harbourbrewing.

The three breweries who made this week’s beer are:

Serve this beer at 7°C to 10°C; give it about an hour in the fridge, perhaps up to 90 mins. As ever, be wary of over-chilling your beer. More chill means less flavour.

On the 3/9 Project website this beer is described as “a Mexican Lager that will give any other IHL a run for its money”. IHL seems to refer to India Hells Lager, which is used here as though it were a recognised beer style, but as far as I can tell it’s not so I can only assume it means a lager that’s more hopped than usual.

Vienna lager, however, is a recognised style. It’s the original amber lager first developed by Anton Dreher shortly after the isolation of lager yeast. You won’t find it brewed much in Austria any more, but Austrian immigrants took the know-how with them to Mexico towards the end of the 1800s and examples still exist there. Like an Oktoberfest, this style is decidedly balanced toward malt, although with Viennas the malt character is usually a little lighter.

Expext a dark amber colour with a persistent off-white head, steady effervescence giving crisp carbonation on the palate, and a smooth clean taste balanced towards the malt with little aftertaste. It will probably have more hop aromatics than the style usually calls for, but I would not expect these to dominate. It’s really all about the malt.

I’ve been told the hops used in this were HBC 472. Snappy name or what? Characteristics associated with this variety are floral, woody, and coconut.

Mexican lager, Mexican food. Or anything hearty and spicy. That’s simple enough… but also kind of boring. Instead I think you should try this with some almond biscotti. Much easier to get hold of at short notice, and the nutty grainy flavours should match up really well with the Vienna malt character of the beer. If you’re thinking “fuck it, I’ll just get some peanuts” I’d like to nudge you towards pretzels instead with their bready-malty-salty thang going on. If you’re more of a cheese fan, you could push it a little towards a spicy note with this one, especially if it’s got some nuttiness too. Monteray Jack studded with chilli maybe.