If you’ve ever struggled to describe what it is you’re tasting in your beer, this might help. This beer flavour wheel groups the most commonly found flavours in beer together and guides you to describe them with more precision as you go from the centre to the outer edge.

The image above is the most well known beer flavour wheel, first developed in the 1970s. It works well enough, but only up to a point. Reading round the edge at the 10 o’clock position, for instance; do you know what ethyl hexanoate or isoamyl acetate taste of? You might, if you’re a giant beer nerd like me (red apple and banana), but for most people it’s not all that helpful.

Beer writer Mark Dredge had a pretty good go at reinventing the wheel a few years ago. I think his one looks more approachable, if a little less pretty than the original. 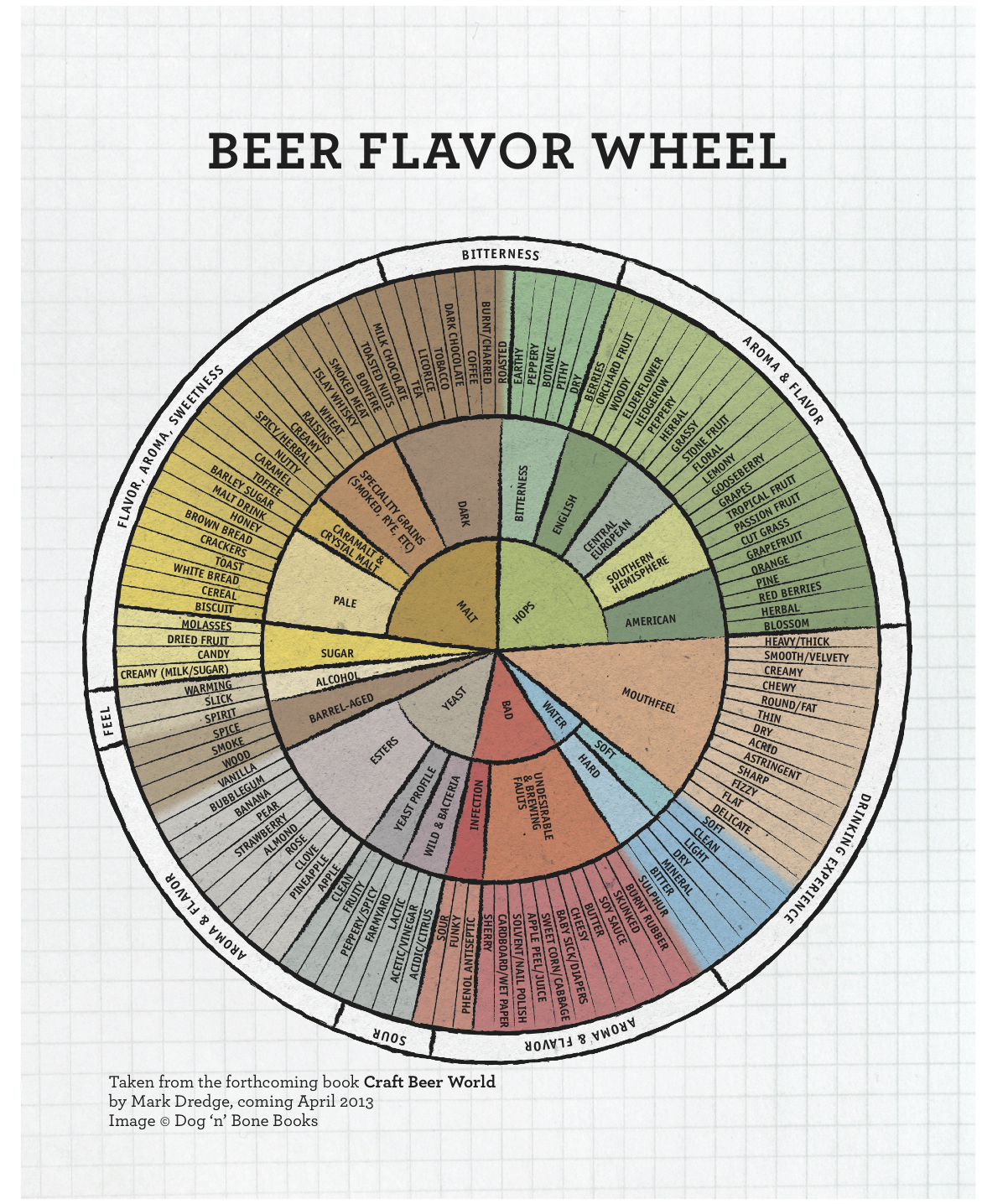