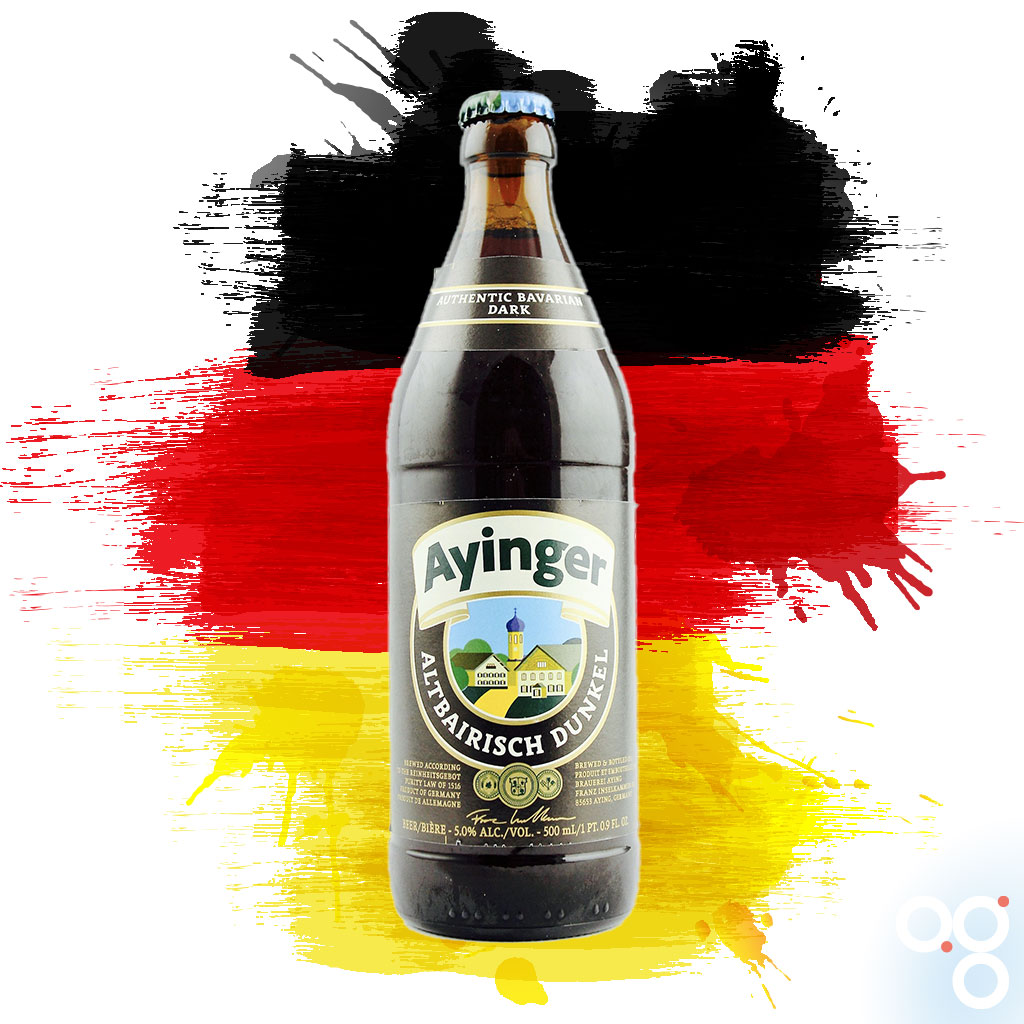 Germany is out of the world cup – does that mean we’re drinking tonight’s beer as commiseration, or is it more like Schadenfreude? Either way, here’s your cheat sheet for Altbairisch Dunkel by Ayinger.

Serve this beer between 8°C and 10°C; stick it in the fridge for about an hour. Maybe even a touch longer.

It’s a lager, but not like the ones you’ll usually see. Don’t expect the usual golden body. Dunkel here means dark, and as you might imagine that’s down to the malt. This is a toasty, malt-led beer with a rich flavour and a clean crisp lager finish. Will Hawkes mentions a touch of liquorice in his write up on this beer – that sounds all right by me! There should be the usual noble hop character – earthy, herbal, and floral from Saaz-type hops – and it shouldn’t be too bitter. Malt is definitely the star here.

This is going to pair well with hearty food and can stand up to a touch of spice too. It’ll go well with barbecue, sausages, and roasted meat. For dessert, pomegranate tart with walnuts or candied ginger pear cake are on the menu. For a cheese match try a washed-rind Münster.

Read more on this beer from BeerBods and Ayinger.