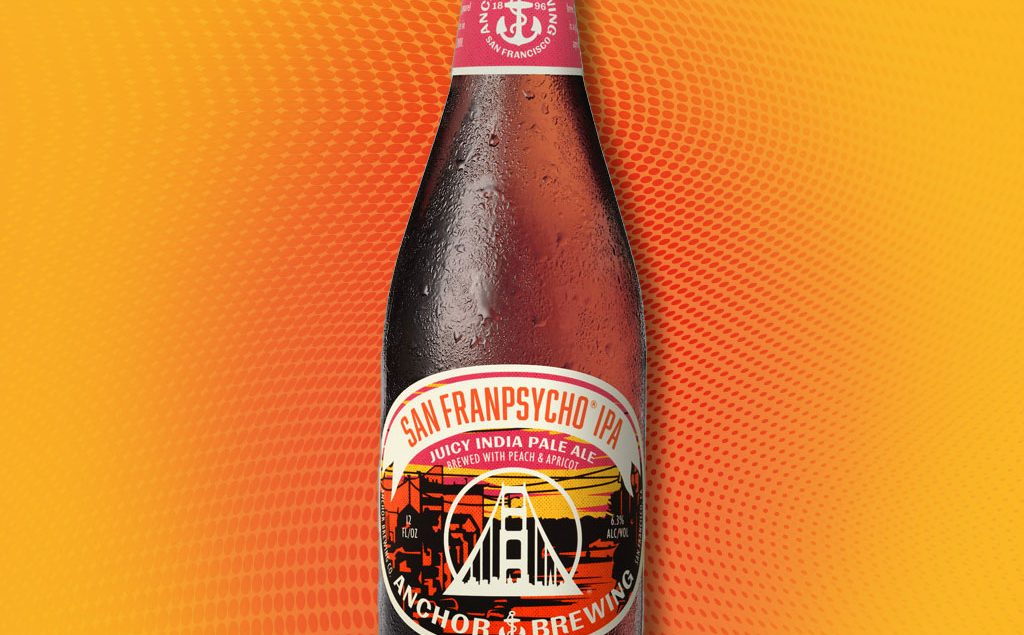 I know I say this every week but I particularly mean it this time. If you drink this too cold it will taste thin and metallic. Let it warm a bit and you’ll get all the soft fruit and juice.

Anchor Brewing tells us that San Franpsycho IPA is “a delicious, balanced and easy-drinking beer that finishes with floral hops and big, juicy notes of peaches and apricots making it the perfect sessionable summertime IPA.”

The brewers add peach and apricot fruit puree during the secondary fermentation, which gives the beer a pleasant hint of sweetness and abundantly fruity aromas of peach, apricot, and pineapple with a bit of funky dank.

I thought I could detect Mandarina Bavaria in here (descriptors: tangerine, fruity, sweet) but apparently not. The hops used are in fact Apollo, which is resinous, with strong herbal notes.

This is softer and fruitier than lots of IPAs so tone down the usual pairing ideas a bit. Rather than blue cheese, try something milder and a little creamier. Don’t put it up against a curry, but maybe try it with some sweet potato dishes.

Read more on this beer from Anchor Brewing. You can also check out some of the previous cheat sheets if you want to catch up on a beer from past weeks.