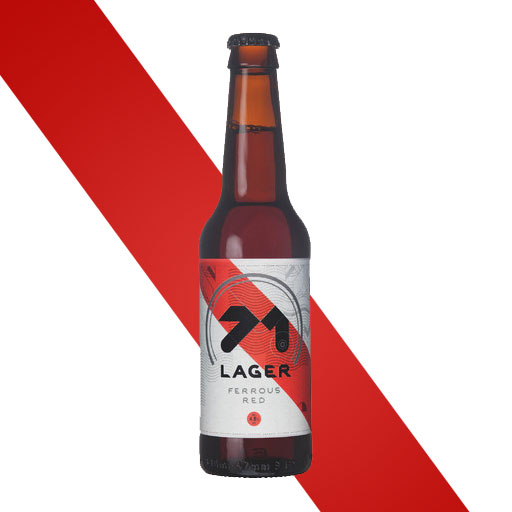 Here’s your cheat sheet for Ferrous Red by 71 Brewing, Dundee’s first brewery in 50 years apparently. I’m quite excited about this week’s choice, because it’s an example of a traditional German style that I don’t think we see enough of over here.

We’ve got some great flavour notes from the brewers to work with this week – which makes my job a lot easier!

With a cast iron backbone of malt flavours, this red lager is something pretty special. Amber-red in colour as if freshly plucked from the furnace, there’s a hint of bitterness that settles just below its naturally smooth sweetness.

The Munich Dunkel beer style is sometime referred to as the original dark German lager. Here’s what the BJCP guidelines have to say about it:

A light copper beer with bright clarity and an off white head. Moderately sweet malt is complemented by a slight floral hop aroma to give a satisfying but highly drinkable beer.

The brewers have used noble hops plus Mount Hood. The four hop varieties known as the noble hops are:

I don’t know whether they’ve used all of them or just a selection. We know that the brewers have also added a little something extra:

I couldn’t find an IBU for this beer but the style calls for bitterness to be pretty low, between 18 and 28 IBU. 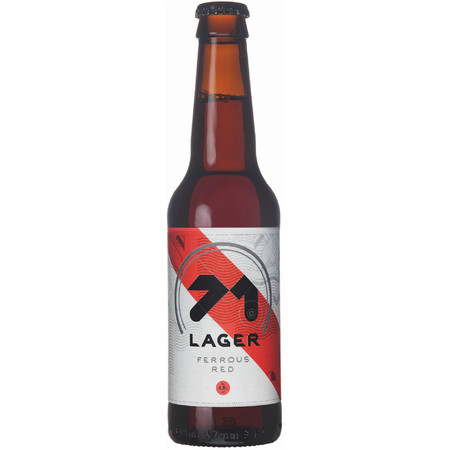 This beer should be relatively versatile. The usual suggestions of sausages and cheese crop up. I’m going to throw Jamaica ginger cake into the mix.

Read more on this beer from BeerBods and 71 Brewing.